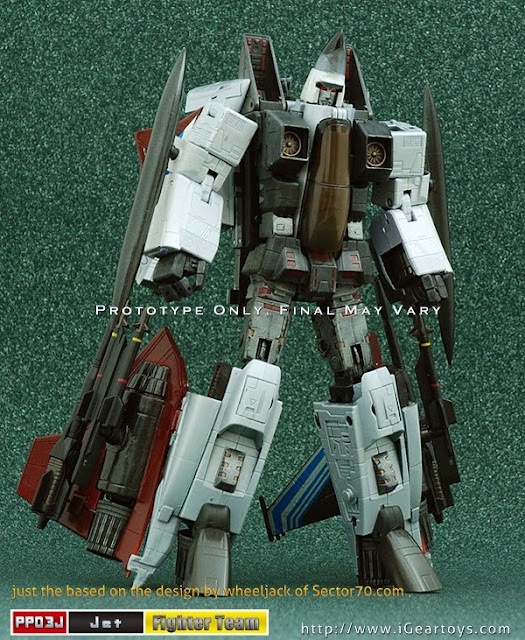 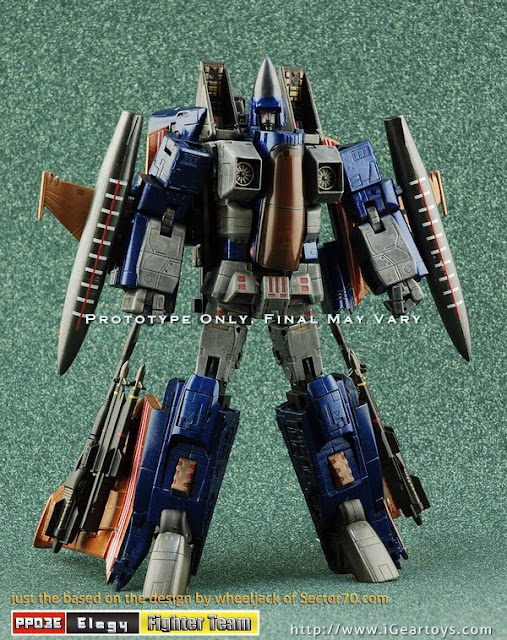 What you're looking at here are prototype shots for the three I-Gear Masterpiece Conehead Seekers, PP03E (Not Dirge) PP03J (Not Ramjet) and PP03A (Not Thrust). I-Gear, a third party accessory shop, is now acting as "distributor" to these Third Party KO toys created by "Partner Products". These jets are based off Customs using the original Masterpiece Starscream mold. There have been major wing-remolds, new weapons, new heads, and character specific paintjobs. 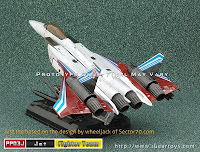 I've got to say that I've always loved the look of the MP Starscream mold. I'm not sure how far I would go to call the MP Jet the perfect figure, but it's a definite 10/10 me thinks. So far I've got only the US Version MP Skywarp (30$ Reduced at Walmart), but I've got plans on getting the whethered Starscream with Cartoon Acurate Colors. MP Starscream was first released in Japan sans Red, White(Grey) and Blue... just a blue-greyish tint throughout. Very displeasing to the eye, I would say. Twas later released by Hasbro as a Walmart Exclusive in his original colors, and afterward, Re-Relased in Japan by Takara-Tomy. Thundercracker and Skywarp were both released in Japan, and since Skywarp has been released in the US with what I feel to be a better paintjob. Thundercracker has not made his way over yet for some reason. Also, just recently, another MP Starscream was released in Japan, the Ghost Version! (Click HERE to see the video from TFsource). 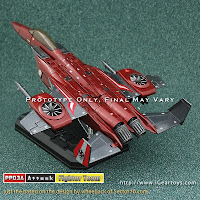 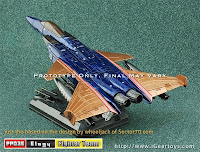 And now, the re-tool KO's are set to be released by I-Gear, no doubt either making certain individuals unbiasedly giddy or extremely pissed off. I'm not going to go into legalities here, but some are claiming this is WAY over the line. Hasbro has yet to comment, and the overall feeling is that they just don't give a shit about these things really. Personally, I'm f'n excited! No matter what your stance is you can't seriously look at these photos and say that they're not absolutely beautiful figures. They're lean, mean and full of cream! The only questions now are A) Will these truly be released? B) What will the prices be for each? I'm guessing 100$ a piece, but there might be a three pack deal so who knows if there will be a discount for that. And C) What will the quality be like?
I'm hoping they'll be 60$ a piece like most official Masterpiece releases, but I doubt it. After all, they've got to make money somehow and who knows... maybe it's the high prices of these "collectibles" that keep Hasbro from worrying so much. I'm awaiting any type of review, more pictures, more info and ordering information to be readily available until I even consider buying these. Do I want them on my shelf to fondle and drool over? You bet your sweet ass. But I'm not made of cash, plus I just purchased a Third Party figure and two official Re-Releases that's putting me out just about 300$. And no, that's not even including the upcoming US Masterpiece version of Grimlock. Japan is really going off with their 2010 line, and Hasbro seem to be making advances as well. Not all of it looks shite like it did a few years back, and the wallet is taking a pounding. 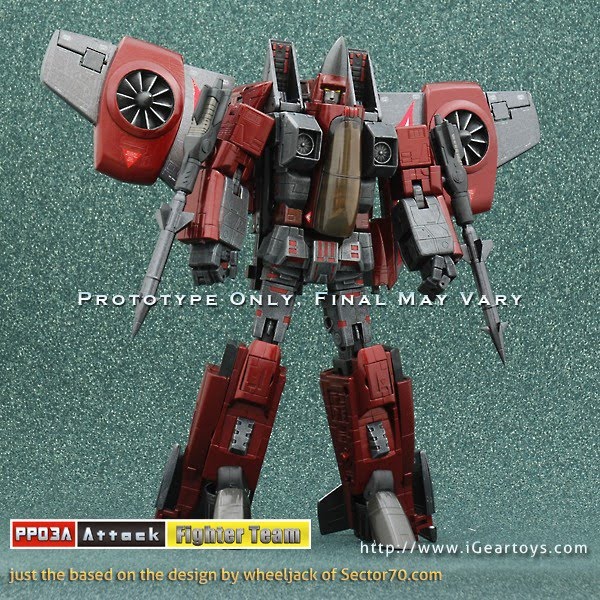 Those look cool and this is for you...