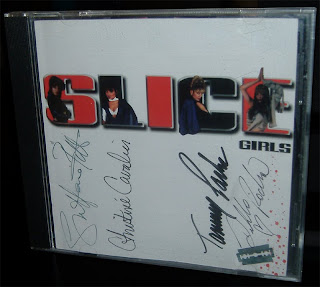 Many of us have undeservingly had to endure the wrath, somehow or someway, of John A. Russo’s re-cut and re-edit of Night of the Living Dead. Dubbed the 30th Anniversary Version, many people, horror fans especially, proclaim it the “holocaust of horror tampering.” Russo did something unspeakable, and though the original is still in tact and readily available (unlike what some other filmmakers are doing these days), I sometimes wonder…


…what power did this “Scott Vladimir Licina” have over the man? Was it love, lust, or even perhaps both? Russo may have always had this vision, but never really went about it, you know? It’s as if it were something you would speak of to… a lover, asking an annoyingly ass question. “My regrets? Oh, I’ve always wished we got those extra fifteen minutes of Night. I’ve got the budget now, but if only I had a totally serious about being a dark soul vampire being who plays synth and doesn’t mind portraying a priest for the role.” 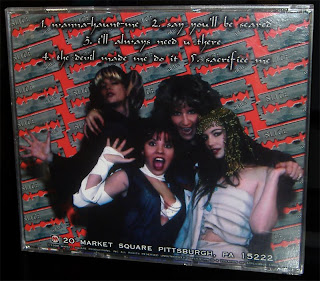 I don’t know. Maybe it was all business. Who cares really? At the time, I had been a devout follower of Scream Queens Illustrated, Draculina, and such magazines… and there were a lot of independent film mags that popped up in the comic shops around those times that are now defunct. Just like this guy’s career apparently. I still have Issue 8 of SCI from 1995, with Debbie Rochon on the cover. I got a couple other mags with Debbie on the cover too actually, so I guess you could say that even at that grand young age of 15 I was an uber-fan.

So when I was notified that she had done a CD with some other Scream Queens (one which is a parody of the Spice Girls) and it’s signed by all four girls, I said what the hell. Somehow, and I don’t know if she wanted to, he got Steffanie Pitt (daughter of Ingrid) to do lead vocals on the parody CD, with Christine Cavalier, Tammy Parks and Debbie Rochon on background vocals. It’s definitely an interesting and probably now rare piece of independent cinema offspring bullshit work, and according to the girls (as far as I know) it was all done for fun. I can only hope that all parties involved feel the same way.

The first two parody songs are cute and well done, probably since they stick so close to the source material. Which in itself is pretty horrible anyways… but you know what, I don’t mind all that crap. I can dig a few shitty pop songs on the radio sometimes. I know if you hear them enough, you’re susceptible to brainwashing, but realistically, The Spice Girls never did shit for me. For this guy “Vlad” to even study enough of their tunes to copy two and a half tracks, plus do his own horrible Techno remixes to a few, I don’t know. I’d bet he’s a real fan of the original group, but then again, this release is so half-assed.


Perhaps this was an extra in the budget they used for the RotLD re-do. All I know is this, I like the characters they came up with: Debbie as the mummy girl Isis (I’ve got pics but I’ll have to dig them out), Steffanie as the blood sucker Vampee, Tammy as the witch Kraftee and Christine as the Bride-ish Franken. Nothing was really over-explored, especially the “music”, which I bet the real group would have considered suing over, up until they heard “Vlad’s” “creative” remix tendency to shift sound (on crack) from left to right speaker as if that’s “creepy” somehow.

Dude, it totally sucks balls. The remixes are absolute shit, and the whole thing is pretty much as f’n ghey as you can get. But the first two tracks are funny on their own… and hey, I guess it supported four very cool ladies. If you can find it on the cheap I say buy it and check it out for yourself. It’s just a damn shame that this CD is basically a Single with extra tracks. Total weak effort and the dude on Synth just isn’t talented at all. I don’t know what Ingrid Pitt’s daughter has done since then music wise, since she’s basically the main attraction here, but I hope it has nothing to do anywhere near this fucking ass-clown. Good luck girls. Stay out of Hot Topic, you never know what kind of douchebags you’ll meet there.
Laid to Unrest by DrunkethWizerd

Email ThisBlogThis!Share to TwitterShare to FacebookShare to Pinterest
What the... Babes, CDs, Horror, Independent, Magazine, Soundtrack