Duuuuuuuuuuude... take a look at the newest tap handle from Southern Tier. The deluxe Warlock pump! Damn that sounds nasty. This blunt instrument is sixteen inches of pure sexual aggression just waiting to be unleashed on some unsuspecting drinker. Much like its bodacious cousin the Pumking tap handle, this beauty is a sight to behold. Just the thought of some hot tramped-out blonde bombshell bartender stroking this thing while pouring me a tall glass of sugary pumpkin grimness is enough to get these crusty shorts soaking wet. It's madness... madness I say! 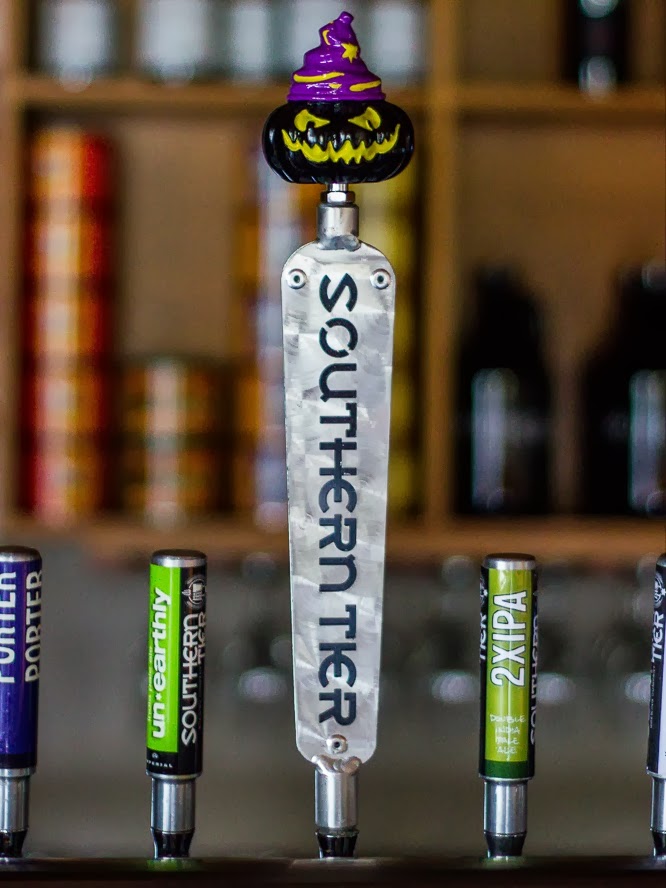 And then there's this sweet Pumking gear that they've got for sale as well. Imagine how much of a f'n dork-ass-nerd you'd look like walking around in a matching Pumking hat and t-shirt, especially if you were like "oh hay bro, wanna play some Pumking Frisbee while wearing Pumking gear and drinking some Pumking!?" That'd be radical! And then your bud would be all like "Oh no way brah, fur sure." Man, back after Grindhouse came out I remember the FLAK I got at work from my buddies when I'd wear my matching Death Proof shirt and hat combo. I'd have to tell those fuckers, "Hey, just because I'm wearing a matching Death Proof hat and shirt that doesn't mean I'm a freak, alright!" Like I'd have to wear that shit to be a freak anyways.

But hot damn would you look at that sweet Pumking hat. I'm not really into mesh backs and the stitching looks a bit shady, but what-the-fuck-ever cuz. Myself, I like a nice fit on a hat. I've bought hats before and some of them were really awesome, but they fit like shit and didn't look right. This one would probably do nicely on my dome since my head is, after all, shaped like a fucking pumpkin from doing too much acid back in the day! I swear every time I walk down the street this chill smoked-out Mexican dude just stares at me in wonderment, like he just shit a dog meat burrito in his pants. I'm tellin' ya. 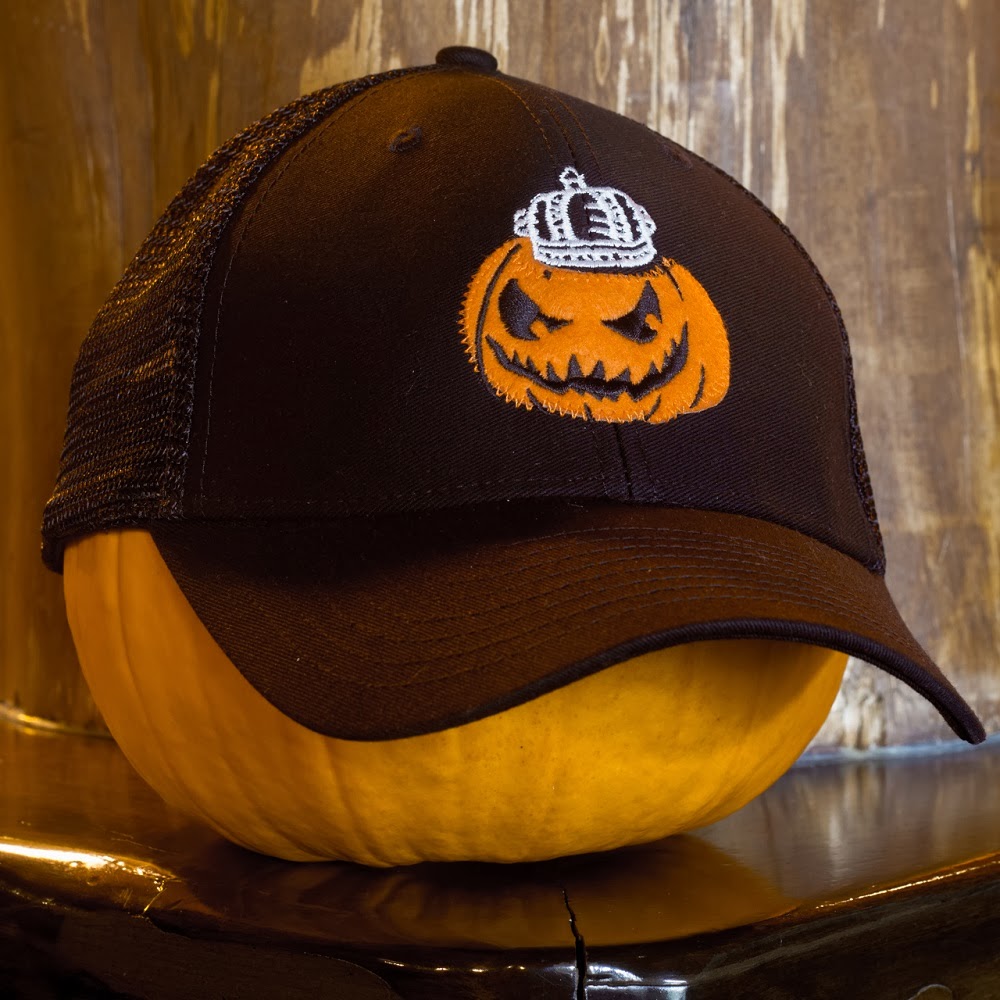 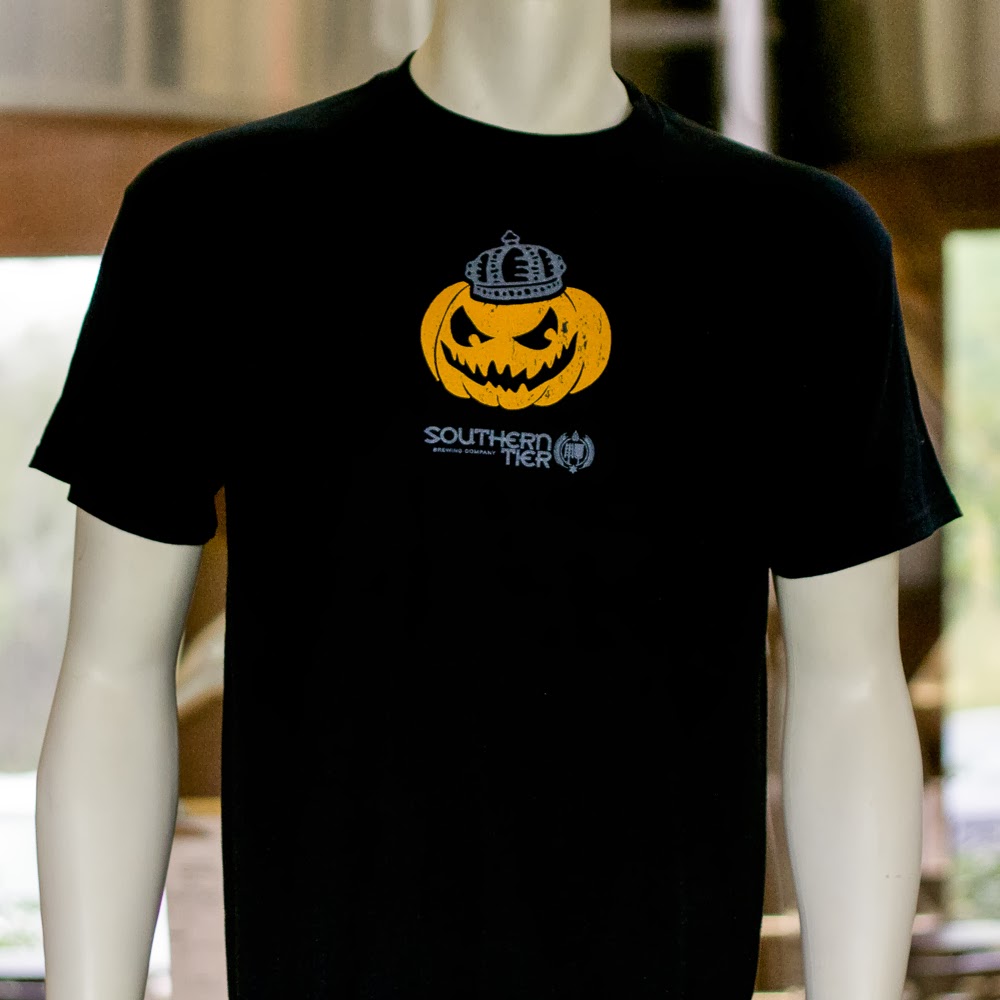 Bitchin' tap handle. I missed out last year, so I'm hoping to get my claws on a bottle of Warlock this Fall. I think a Warlock & Pumking black & tan is in order.

I still have a bottle of both in the back of my fridge in thin brown bags to keep the light out. No plans as of yet, but we'll see what happens.