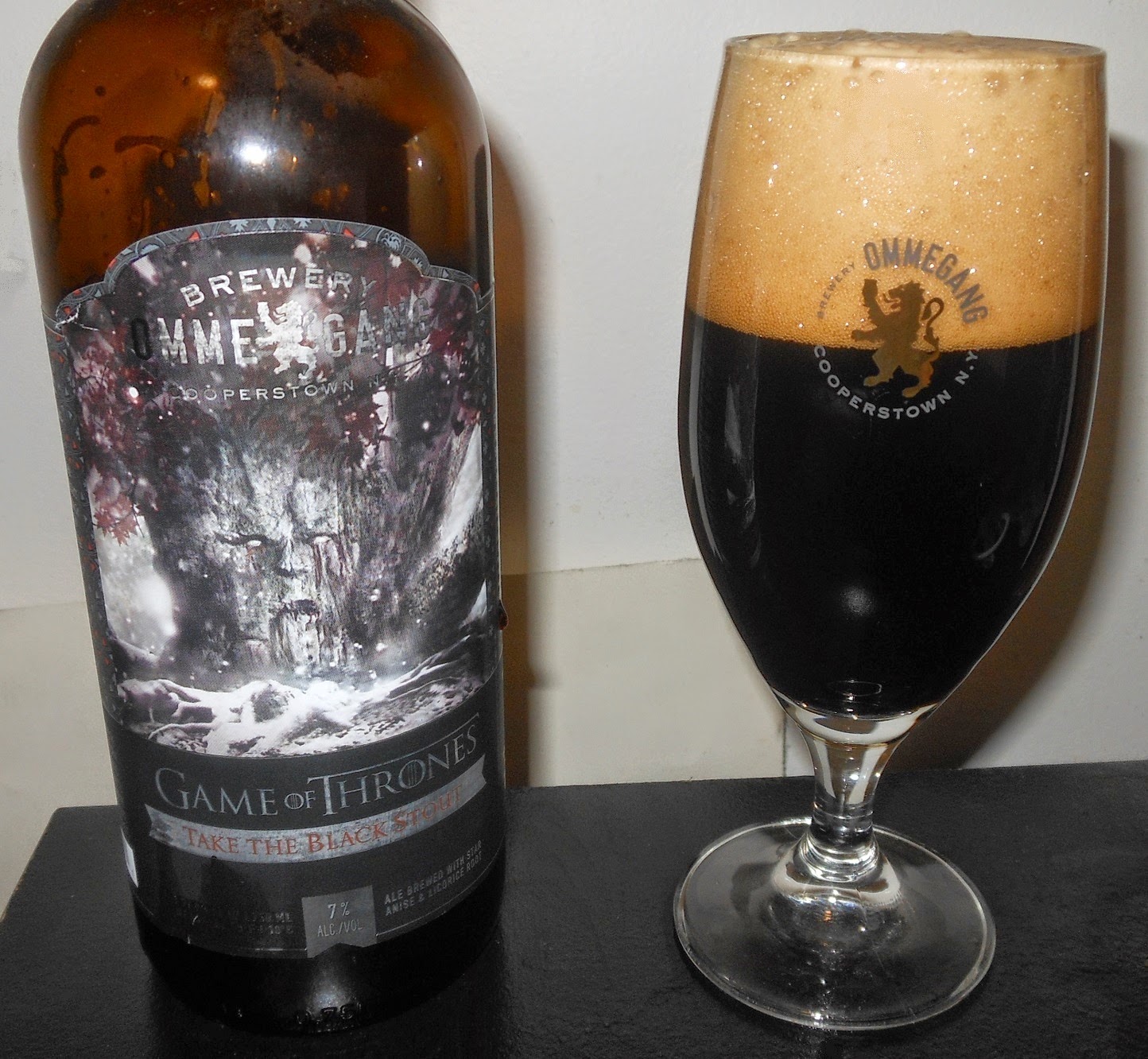 About: "Ommegang and HBO announce the newest beer in the Game of Thrones collaboration series. Through its first three seasons, the critically acclaimed drama has become the biggest show on HBO. Take the Black Stout follows the highly coveted Iron Throne Blonde Ale, which flew off of shelves earlier this year. Inspired by the brotherhood of the Night’s Watch, Take the Black Stout was made to be deep, dark and complex like those who have sworn the oath to defend Westeros against threats from the north. The label depicts the Weirwood tree where Jon Snow recited the oath before joining the Night’s Watch."

Smells kinda fruity at first. Belgian yeast and bananas. I'm not really getting the usual coffee or chocolate, which is a nice change. Instead, that thick yeast melds with a soft yet pungent booze sting and huge aromas of black licorice and star anise come through. It's sweet, prickly, a little dank and very inviting.

Let's burn rubber! *GULP* This one's got a fair bit of char on it. Starts off with a sting, a soft bitterness rolls in, a touch of grass, some dirty cake, and a lingering soft malt characteristic all set to the tone of Belgian yeast and overly apparent booze. It's a really gentle type of roasted brew. The coffee and chocolate tones are super subtle and hardly even noticeable. The char is ever present, and there's a pretty strong haze as well, especially for a 7%.

It's a bit of a mess actually. After a while it gets to be like a few extinguished cigs... only with a really sweet and out of place taste to it. This beer is pretty weak for the most part, but on top of that it's really just not that good. It's a bit harsh, raw, and somewhat unpleasant. Mouth is a medium and a little slick. It tastes like stale burnt coffee after sitting at room temp and there's a sour aftertaste when it's all done with. While I love the idea of this beer and the previous GoT beer, they both didn't really please me in any way. Hopefully the next one will set that whole thought ablaze...

Email ThisBlogThis!Share to TwitterShare to FacebookShare to Pinterest
What the... Beer, Game of Thrones, Ommegang, Stout, Television