Photos of the Synapse DEMONS and DEMONS 2 Blu-rays.

I'm so excited that I could puke! I opened the mailbox with a desperate anticipation once again to day, but this time, there is no disappointment setting in, oh no... because I finally received the Blu-ray Combos of two of my very favorite films of all time, Demons and Demons 2, released by one of my favorite DVD companies, Synapse Films. I have yet to view either of the four discs yet, but the packaging looks incredible. On top of all the hard work that the guys over at Synapse did, they also included these totally awesome insert cards for both films. The first is the infamous Metropol movie ticket, in shimmering gold no less(!), and the second is a bloody invitation to Sally's fucking birthday party! You gotta love that. Each case also came with a  2013 Synapse catalog booklet. Both steelbooks were sealed and individually encased nicely in bubble-wrap.

Front and Back of both Steelbooks: 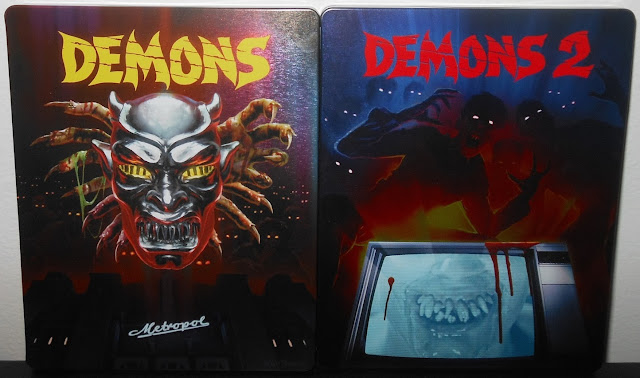 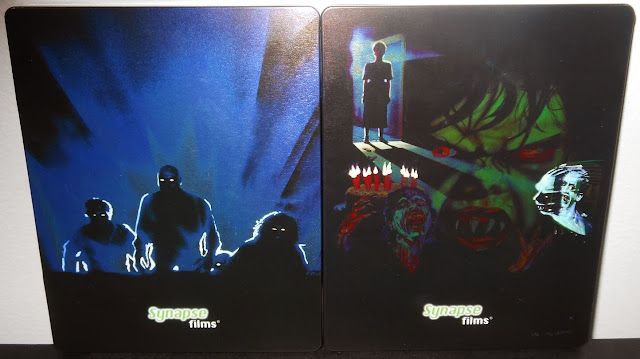 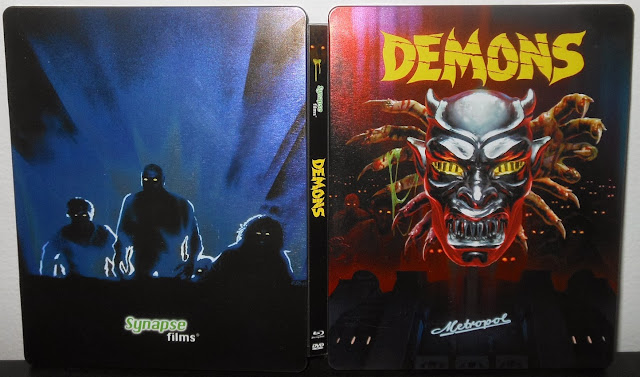 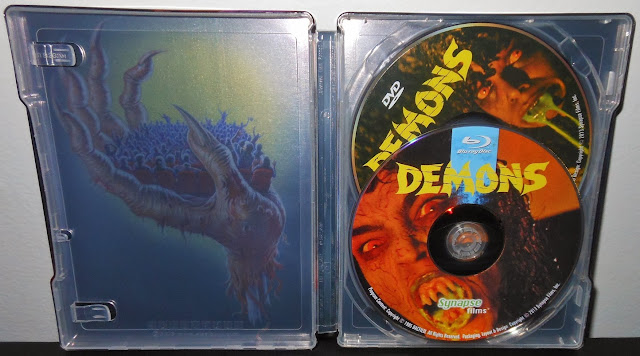 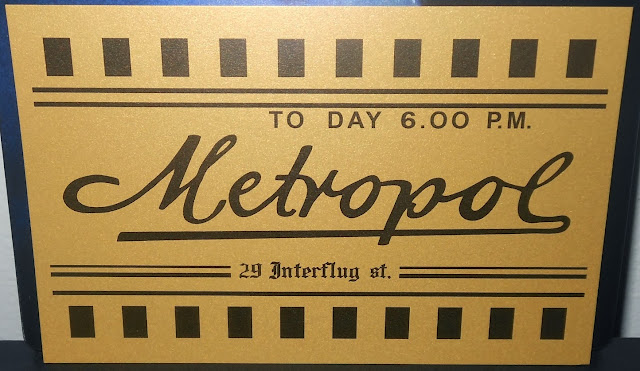 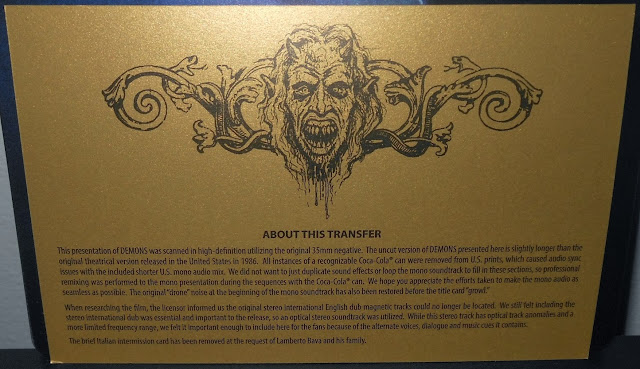 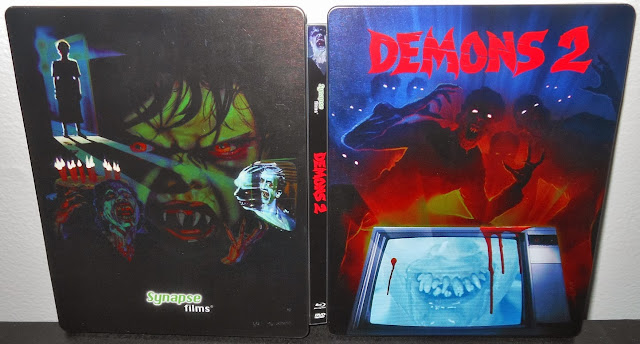 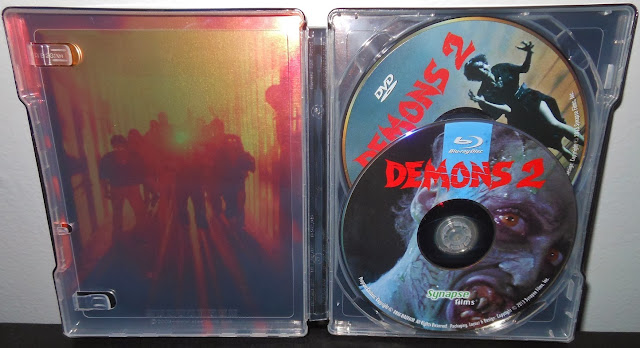 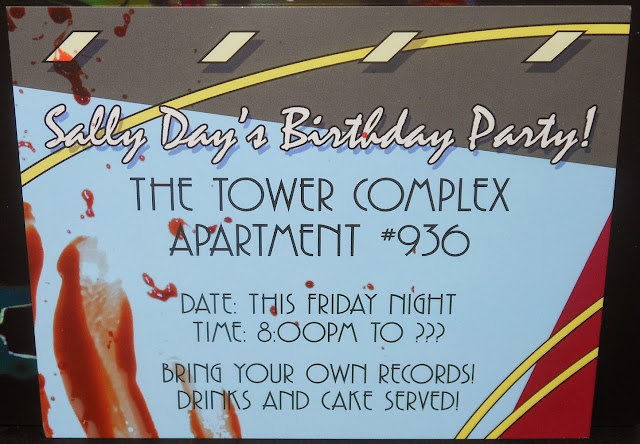 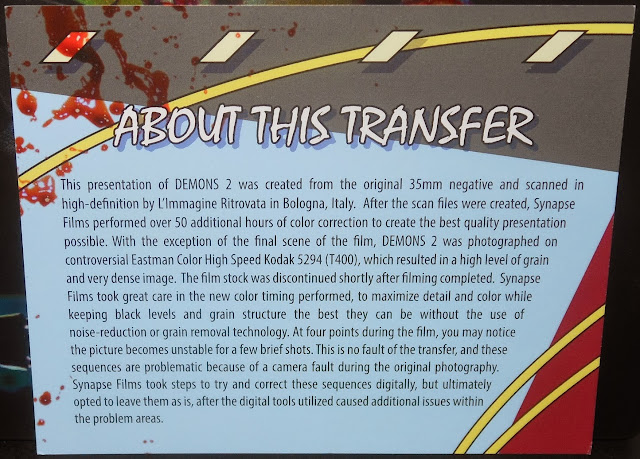 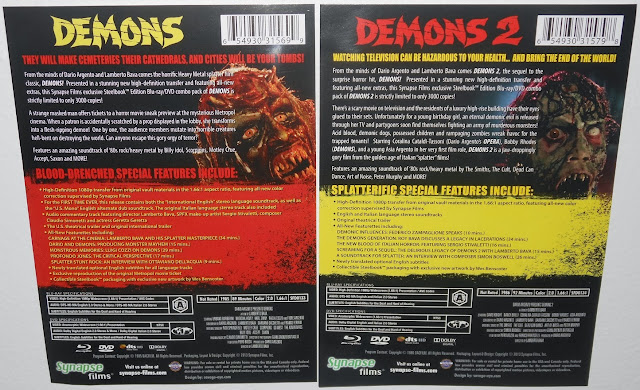 I'm so glad they included the US English dub that I grew up with. I never really liked the International English version all that much. It'll be great to finally throw out that old VHS dupe from back in the day and to be able to watch this in far better condition with the voice-overs I know and lust. If you need me, I'll be cracking open a bottle of Ommegang's Game of Thrones Take the Black Stout and enjoying a night of Demons! Later haters.

What?!?!!! Did you get a shipping notice? I just figured they got delayed again. Shit, I better go down to Super's office to see if there's a Synapse package waiting for me!

Not here yet, but I just checked the Synapse Facebook page and it looks like they're shipping earliest orders first. Mine probably won't get here until after Thanksgiving since I ordered later on. I can't fuckin' wait!

It definitely is something to look forward to.