My glassware and coaster collection.

Figured I'd share some photos of my glass collection, thus far. 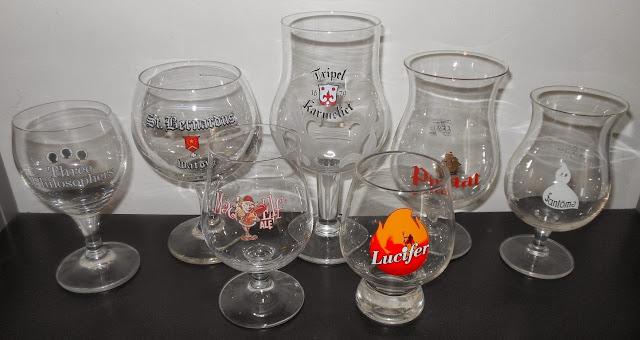 Clockwise: A Three Philosophers mini-goblet I got with an Ovila dubbel bomber (free w/ bottle), a St. Bernardus goblet (gift set), a large Tripel Karmeliet snifter (gift set), a large Piraat snifter (free w/ bottle), a Fantome snifter ($9.00, the glass wasn't price tagged and I hit the register already with $60 worth of beer so fuck it, right?), a Lucifer goblet ($3.00) and a Mad Elf goblet (gift set).

A Samuel Adams "perfect pint" glass ($3.00), an Allagash tulip (free w/ bottle), a Shock Top Pumpkin Wheat Pilsner glass (free w/ 6 pack), an Ommegang company logo tulip (gift set) [this is my second Ommegang glass, my first one which was more shapely and had gold trim around the top broke at the stem when my nephew's sippy cup fall on it from the cabinet], the Dogfish Head "Spiegelau" IPA glass ($6.00), an Innis and Gunn tulip (gift set) and a mini Ommegang pils-style taster ($5 charity donation at Julio's tasting).

My favorite glasses are the Lucifer goblet and Pumpkan cup, as well as all the new shit in that very top photo (apart from the Three Philosophers glass that's pretty much only a taster glass and too small for real beer pours). I'm sure once I get my hands on a Pumking goblet that'll become my favorite though. I've had my eyes on a few other cups, and held a few that I ended up not caving on. I'm trying not to collect any more pint glasses unless it's something that I really want like a Sierra Nevada Celebration that I was denied when I found it at a small liquor store and "not for sale". Fuckin' bitch. But anyways...

Here's the front and back of some of the coasters that I've acquired over the last year and decided to save. 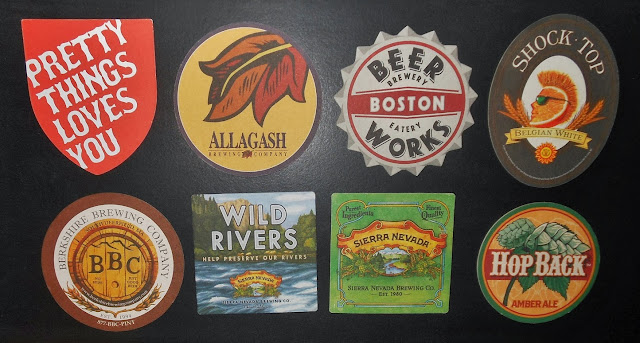 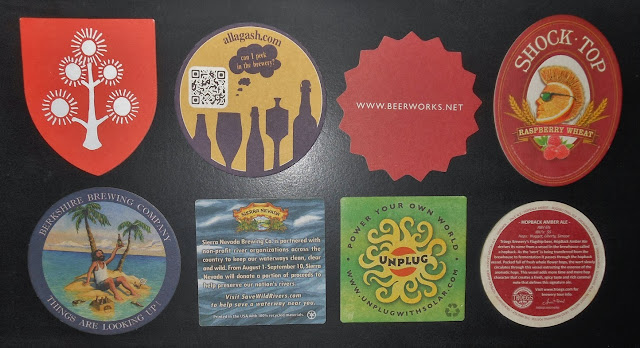