A look at No Shame's Luciano Ercoli Death Box Set

On February 28th 2006, No Shame Films (now defunct, see MYA Communications) released a Special 3-Disc Collector's Edition of two Luciano Ercoli directed films in what they called the Death Box Set. Included in this set are the two films: Death Walks on High Heels (1971), Death Walks at Midnight (1972) and a CD Collection of music from Stelvio Cipriani entitled The Sound of Love and Death (this collection features only music from his work on other films however). It's a pretty hefty 3-Disc here and it comes with slipcase that features slick, glossy embossed sections: the bright lettering, the blood, the rectangular photos on the back and a clear spiked glove on the front that you can only see when you hold the case a certain way in the light. It's pretty cool, and though the artwork on the slipcover is pretty minimal (with just outlines mostly), No Shame didn't exactly have the best track record for their artwork so I'll take it. 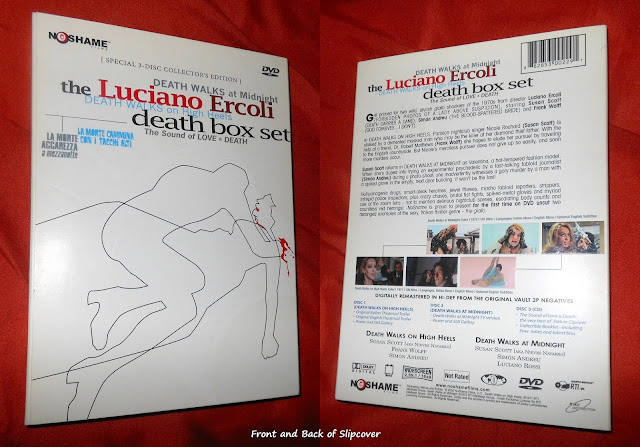 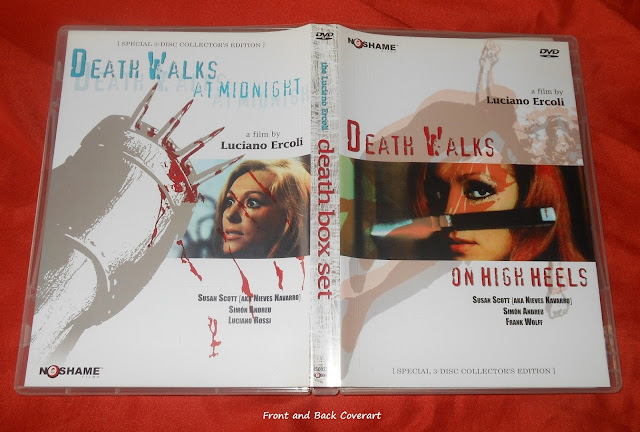 The inside of this set is very nice looking and the disc holders are tight and can be pushed (they fold) inward with a snap in the middle. This clear case has a really good design, and though there isn't much on the inside cover, it's just a cool arrangement. 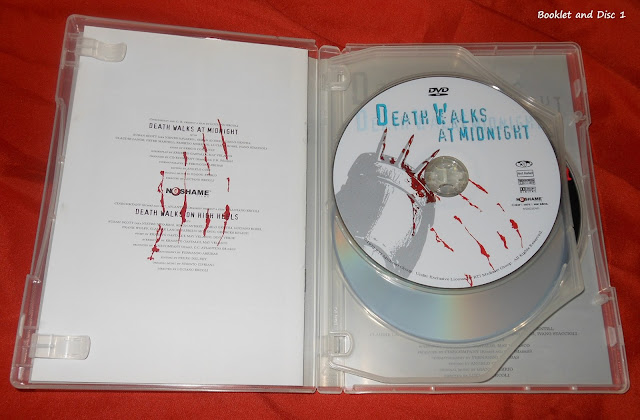 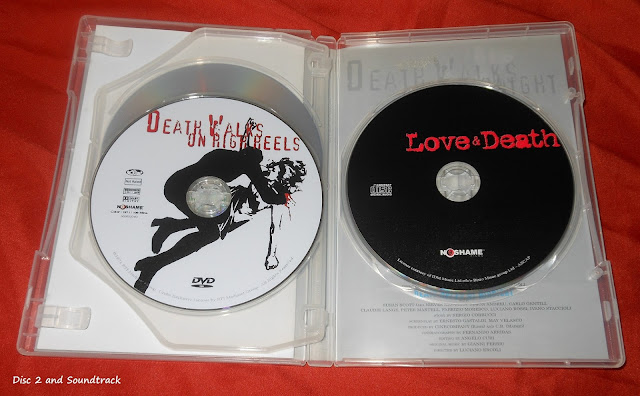 A 16-Page booklet is included with Liner Notes and Bios from Chris D. (notably, The Pinky Violence Collection), as well as some poster art, a few stills from the films and a Soundtrack track listing. 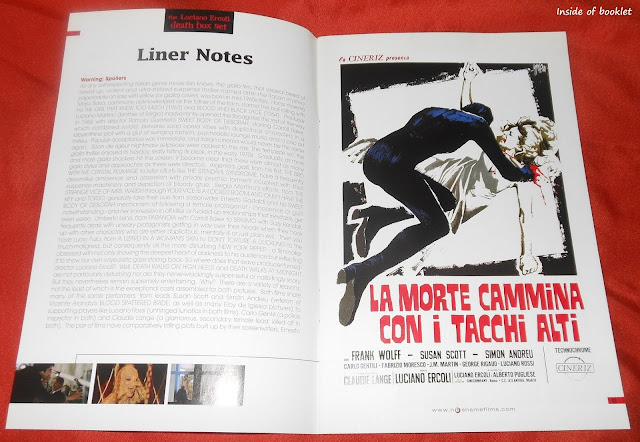 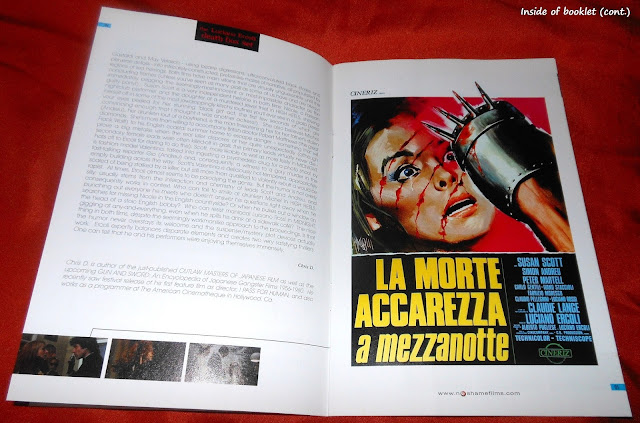 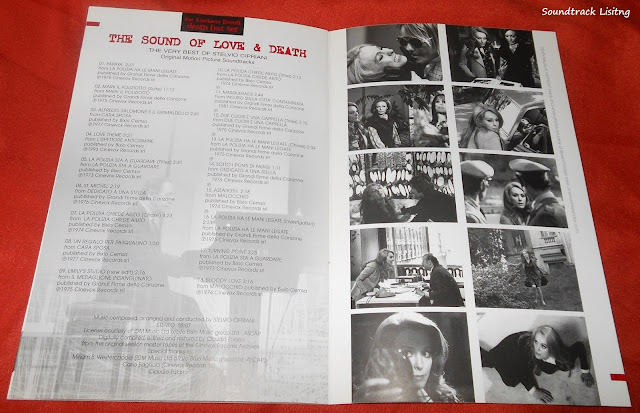 Lastly, two Postcards are included. It's nice that there is so much lobby card art here, but I would have rather preferred six to twelve full page postcards with some of the selected artwork instead of these two being so clumped together. It's still a nice touch though. 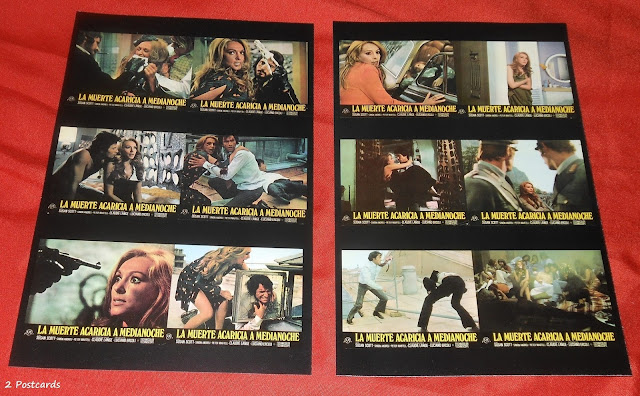 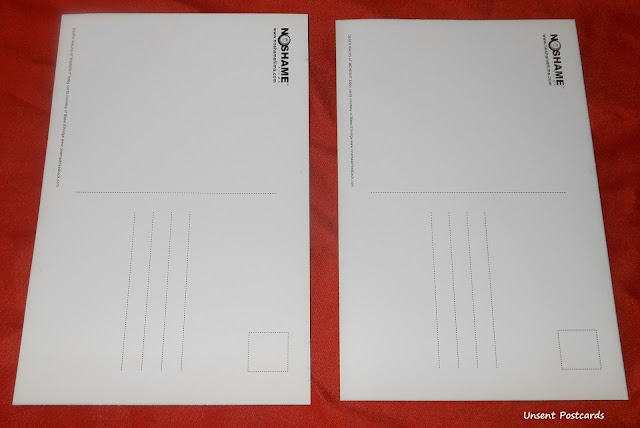 While not absolutely perfect, this is a really nice set and a great set from No Shame. I love it when soundtracks are included with DVDs, even if they're filled with nothing but music from the composer's other films and not the films in the set.

This set is now OOP, but originally had a MSRP of $34.95 USD. The discs are REGION 0 NTSC, UNCUT presentations with Anamorphic Widescreen in OAR (2.35:1), and feature Italian and English Mono tracks as well as English Subtitles.

Email ThisBlogThis!Share to TwitterShare to FacebookShare to Pinterest
What the... Box Sets, CDs, DVDs, Movies, No Shame