If there were never a more perfect combination in my spankish fantasies, it would be Kate Beckinsale dressed and starring in Alice In Wonderland! I'm freaky like that on a SAH level. And it just so happens that Kate Beckinsale starred in the 1998 UK TV film event named "Alice Through the Looking Glass", and I've got it in my collection. Long before Tim Burton's remake with ol' dark-spot puffy eyed Mia Wasikowska, the lovely and always totally bangin' Kate Beckinsale played an adult version of Alice. While the film may be rather odd, Channel 4, and not exactly the most technically sound in terms of special effects, it's still got a major advantage over the newest rendition: the lovely Kate herself. 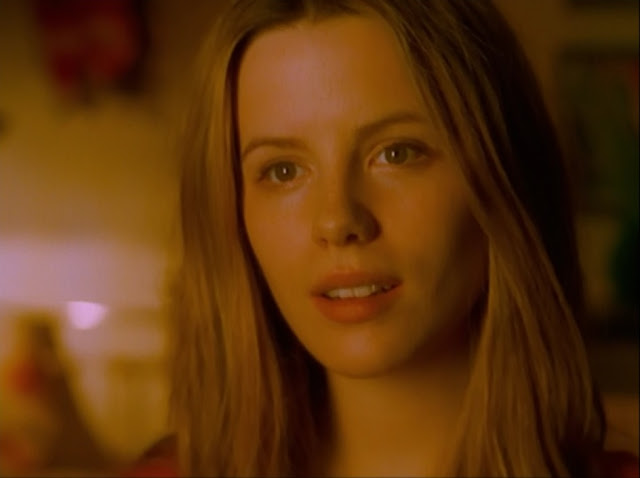 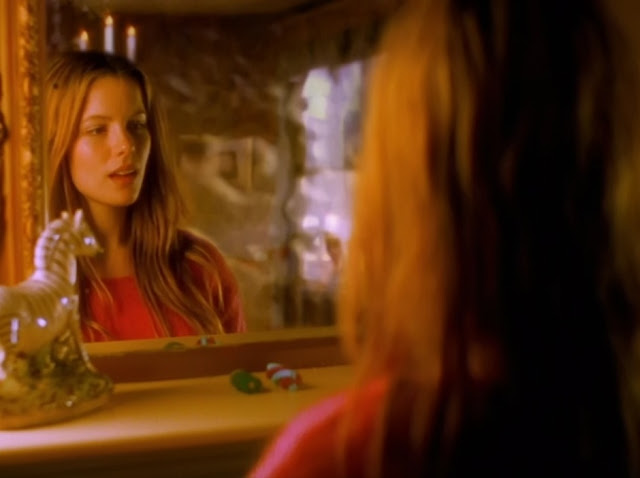 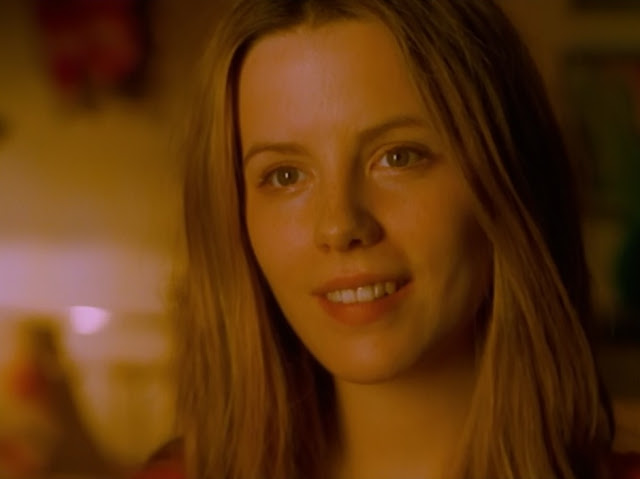 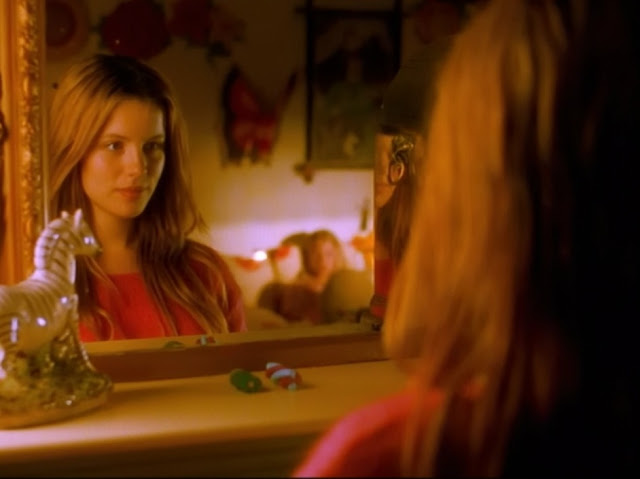 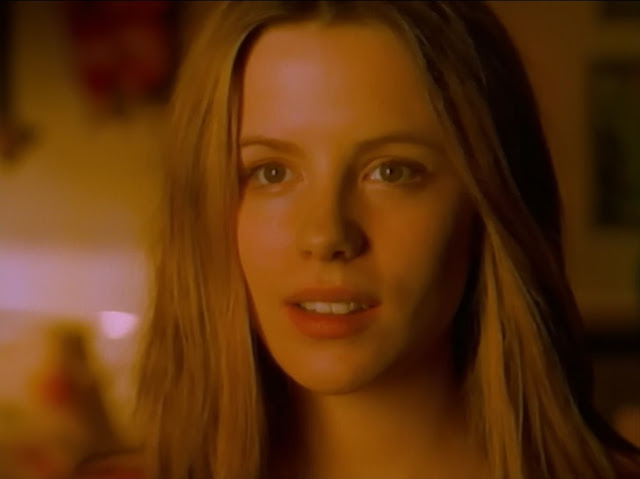 While reading this bedtime story to her daughter, Alice begins to drift off and ponder the notion of this fantasy world actually existing. As she looks into the mirror, something strange begins to happen... 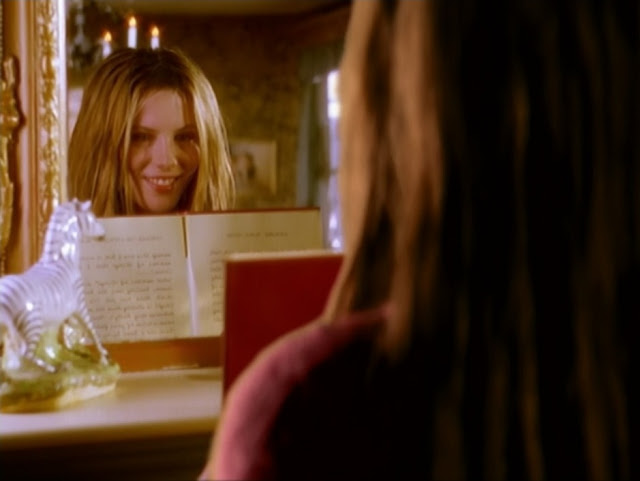 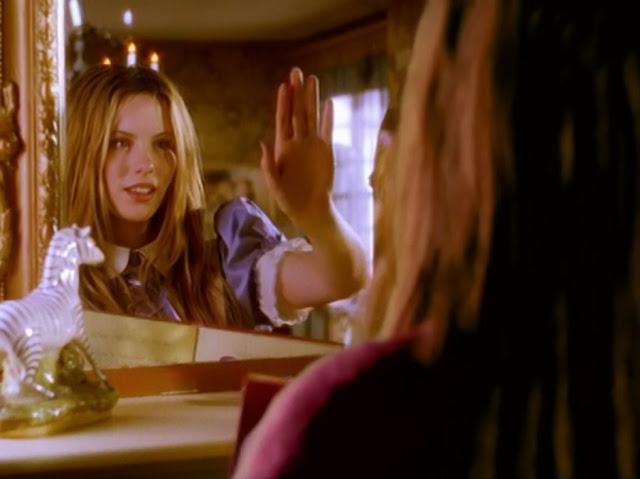 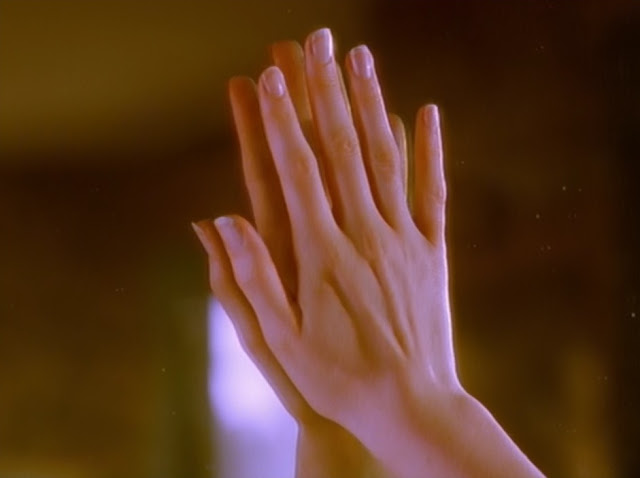 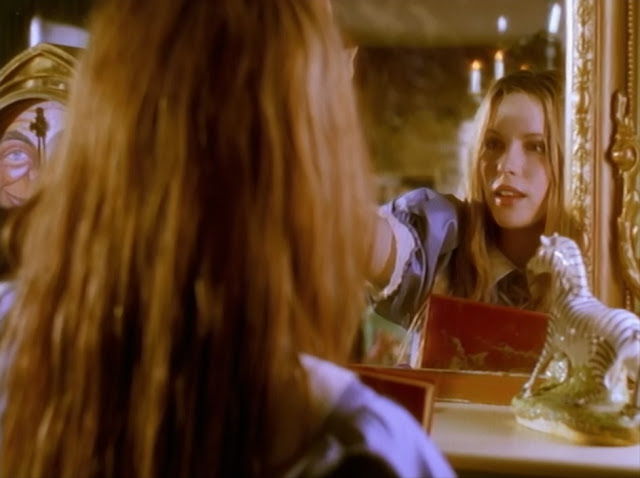 As she touches her hand to her strange reflection's, Kate wakes up as Alice...
...looking sexy as all hell in that classic dress! 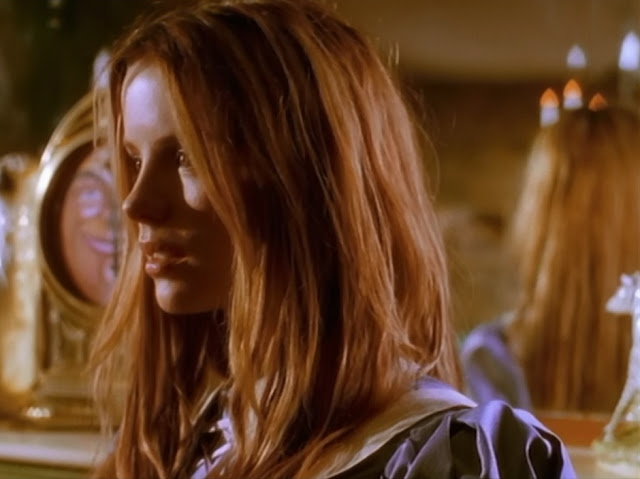 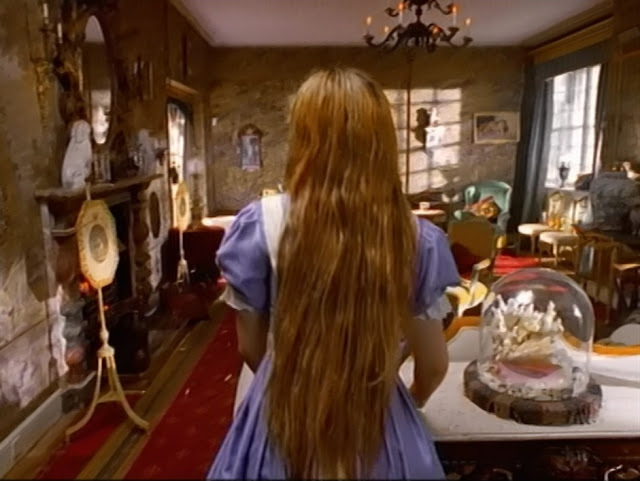 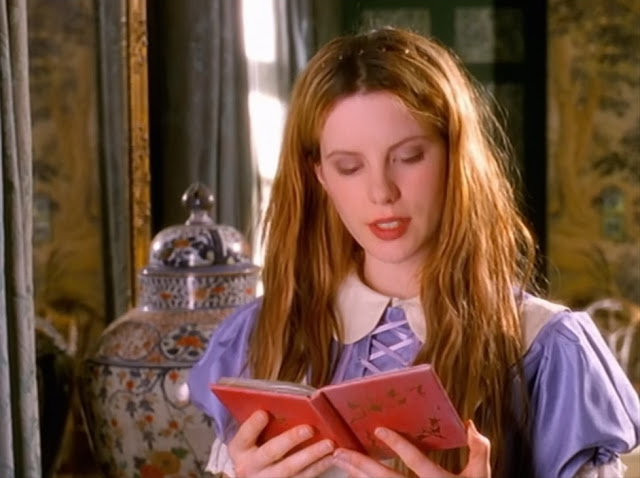 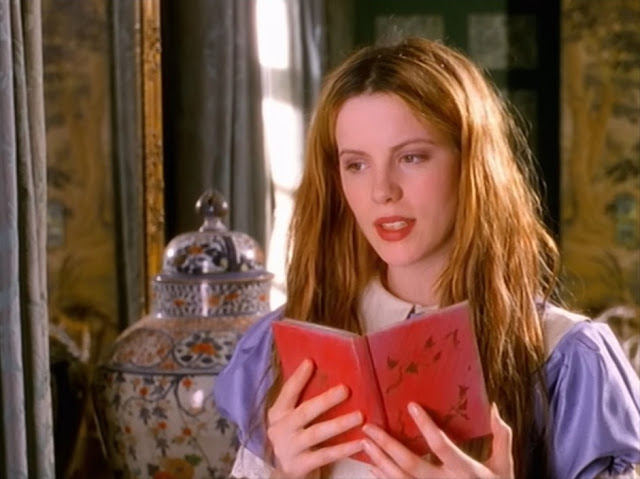 Noticing that she's now entered a mysteriously peculiar world, AliceKate sets off on an adventure to experience the strange and unusual. 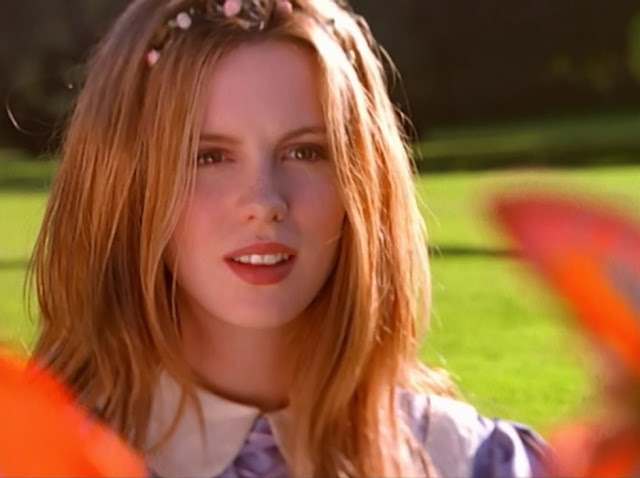 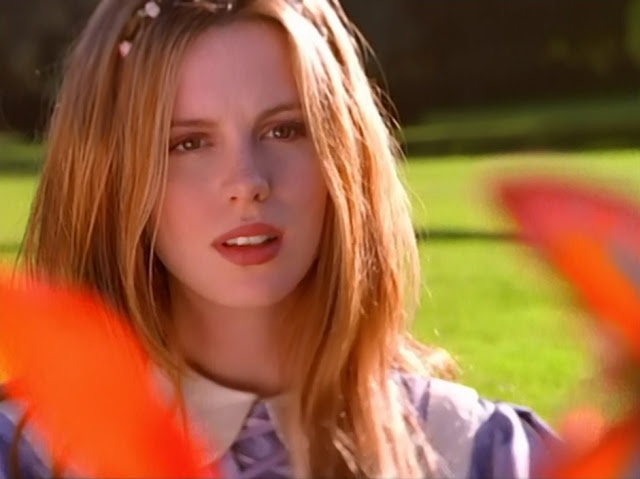 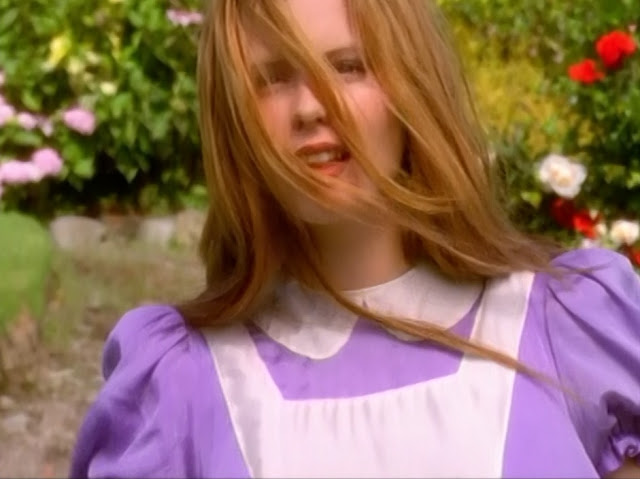 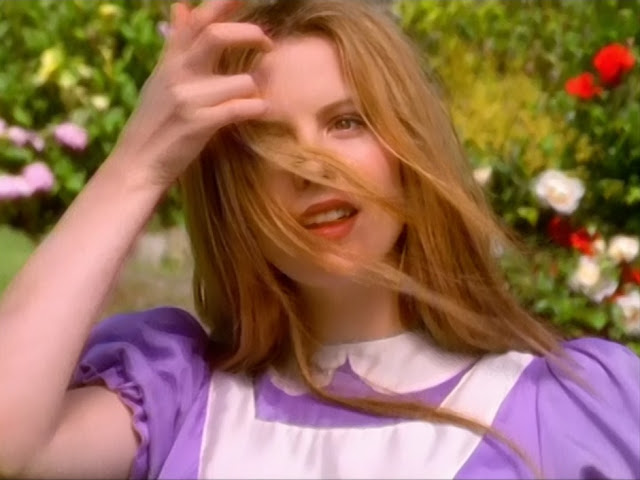 And looks so hot with her hair in her face like that, by the way.


When I originally saw this I thought it was weird to see an adult Alice, but Kate pulls it off in this quirky little picture. Also, I've now become more comfortable with adult Alice after expanding beyond the original novel. Unfortunately the picture quality on this Lion's Gate disc is pure shit... interlaced all to hell, soft and blurry. The softness perhaps was due to the filming materials, but the interlacing truly ruins the picture here, especially as Alice is always moving around so quickly.

Email ThisBlogThis!Share to TwitterShare to FacebookShare to Pinterest
What the... Alice In Wonderland, Fantasy, Kate Beckinsale, Mirrors, Movies, Screenshots

Wow, she looks beautiful even then. :P I never heard of this movie but this obviously one of the first films she did. I'd love to check the movie out.

And not to mention that she was also Pregnant while she filmed this one.