Danny Trejo is A MOTHERFUCKER in Bad Ass (2012)

When the popularity of Epic Beard Man reached soaring heights and made an internet celebrity (i.e. youtube sensation) out of Tom Bruso, it was only a matter of time before his already not so bright and shiny image would be unnecessarily mishandled for the sake of an incredibly shitty action movie. Internet "memes" are of course the next logical steps in storytelling these days (where else are new ideas going to come from?), and what better one to expand upon than the AC Transit Bus Fight I am a Motherfucker video! But trust me, this is no Safety Not Guaranteed... oh no... what could have been a heartfelt movie with a lot of emotion was only halfway thought up and the rest of it was filled with made-for-tv slop. 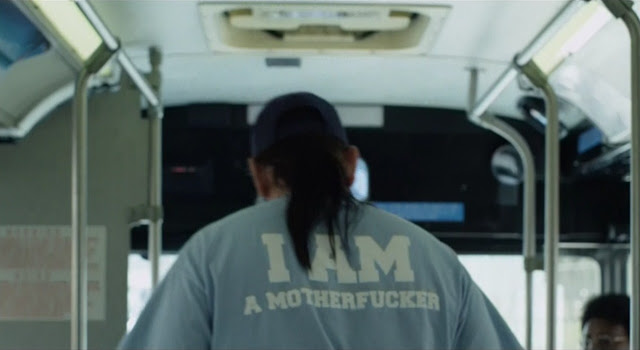 I love me some Danny Trejo. In fact, I think he's an awesome choice as the lead here. I know that Slick Tom there is an old white dude, and the guy he beat down was some trash talkin' black guy, but Trejo just works perfectly in this role. I don't even really mind that in the movie he beats down two skinheads who are threatening elderly folk on the bus. Facts are always changed in movies and little changes like that just have to be dealt with. I was actually pretty excited about seeing this when I rented it a while back, but after it was all done with I just felt really let down. 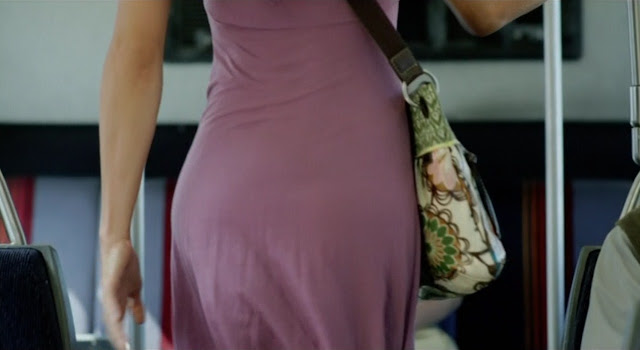 It started off nicely enough, with a shot of Dat Ass! Danny Trejo looked great dressed just like the dude. There was a girl wearing big headphones who looked kinda sorta like Amber Lamps, but like a frumpy totally not as hot version of her... then the skinheads showed up, and it was weird, but the bus scene played out and it ended up being a cool representation of the original event. As the film slowly progressed and Epic Beard Man became popular around town (and all over the net) it started to be a rather endearing film. It was gritty, depressing, and bleak. Just the way I like it. 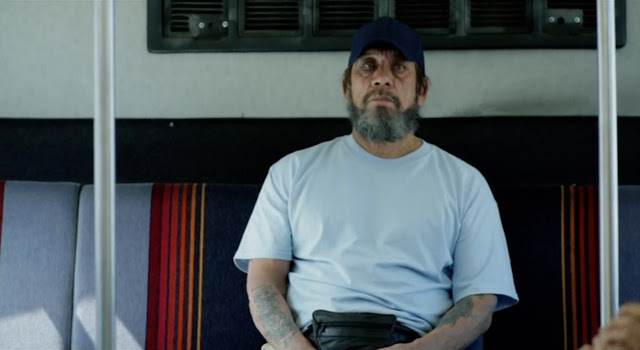 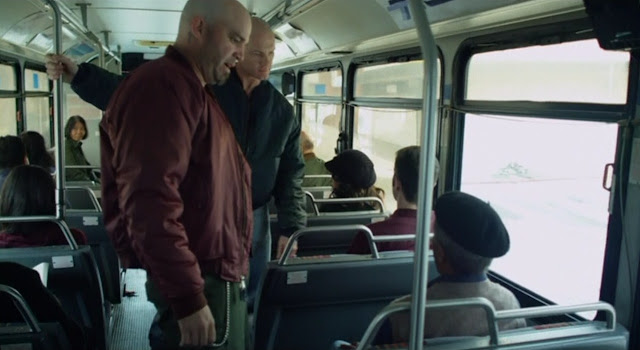 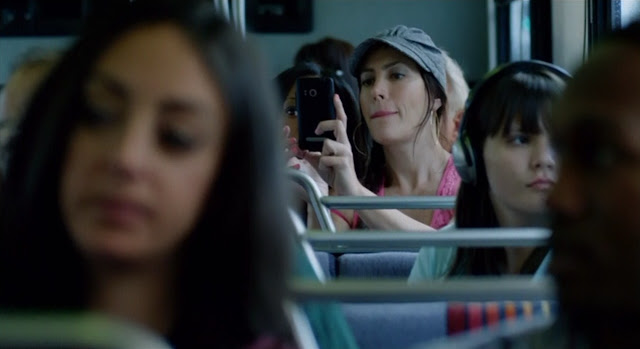 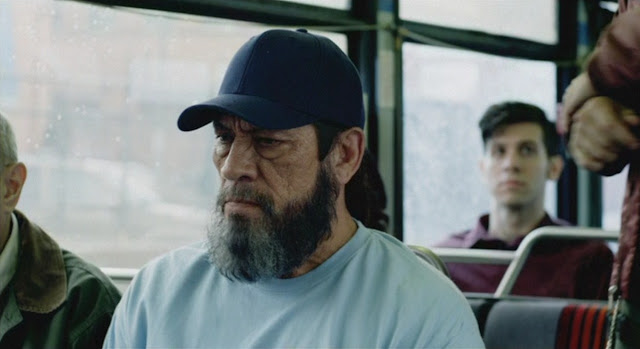 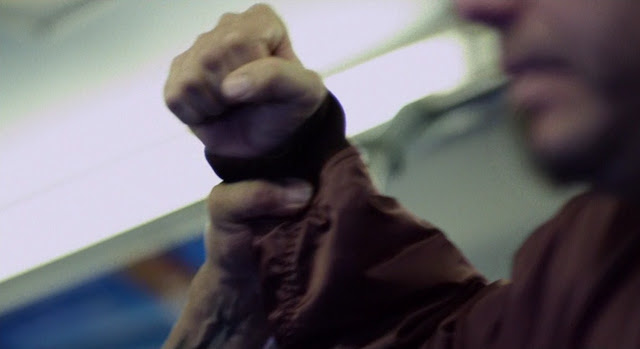 Then Charles Dutton and Ron Perlman show up (two guys I have no problem with, in fact, I do enjoy their work), but man, the material that these two are given here with this lousy as all fuck script just turns this potentially uplifting movie about a guy forever down on his luck to a goddamn shlock-fest. Total z-grade action thriller type stuff ensues and it's all really lame. This second TRAILER actually does a decent job of making the film look somewhat better than it actually is, but even watching the first one or the film itself left me cringing. This could have been a hell of a lot better it the filmmakers didn't turn it into such a dumb emotionless turd by the end. 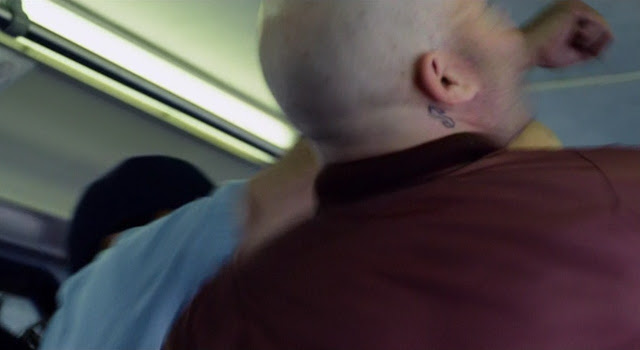 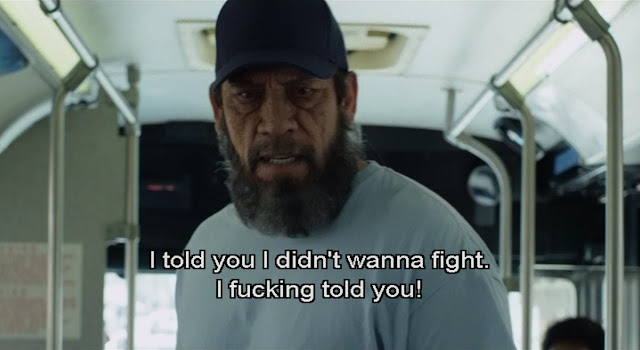 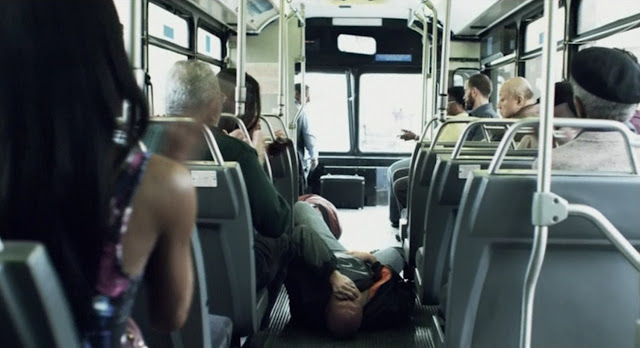 Safety Not Guaranteed is proof that a movie can be made out of something with as little background story as a newspaper clipping about a guy wanting a companion to go back in time, and if you've got writers and directors with heart, there can be an awesome film there. Bad Ass just leaves a bad taste in my mouth when it's all said and done. The story was changed so much that I bet Tom Bruso never saw a penny of whatever money was made from this. If I'm wrong about that let me know, because really I would like to know the facts on that. It would have been cool if he had a cameo at least, or it was dedicated to him, or he saw some profits. But I don't even know if he's aware the movie even exists. 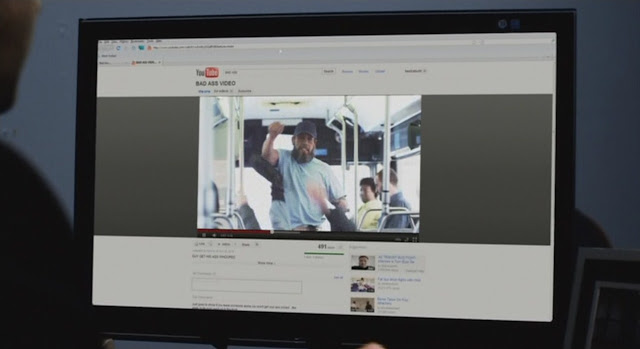 I would recommend renting this or however you view movies these days just for a single view. But for me, the real story and multiple videos online about this guy are a hell of a lot more interesting than this flick. It's too bad, because like I said, there was a lot of potential with this project. It was just handled incompetently and by the looks of things, for all the wrong reason$$$.