In the 1979 film Nosferatu the Vampyre directed by Werner Herzog, the always immaculate and gothic beauty Isabelle Adjani plays Lucy Harker (a mix of the Mina Harker and Lucy Westenra characters), who is haunted by Count Dracula... and eventually lays him. To rest, that is. 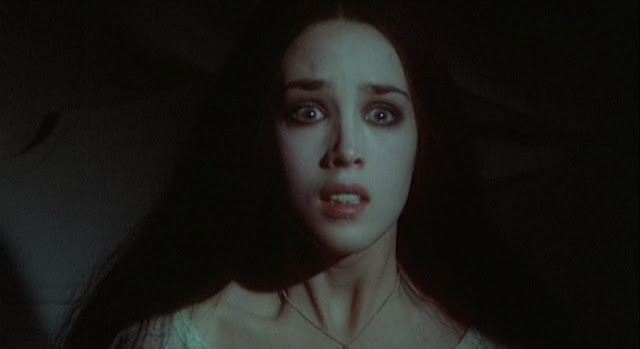 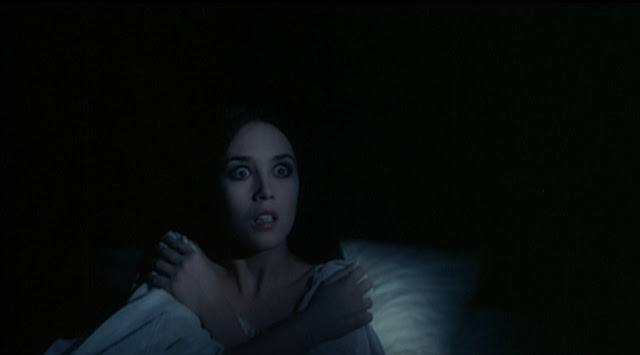 Lucy's been having bad dreams and a bat has been lingering about her window shade. A while later, after her husband comes back from his business trip, a mysterious figure enters into her bathing quarters. 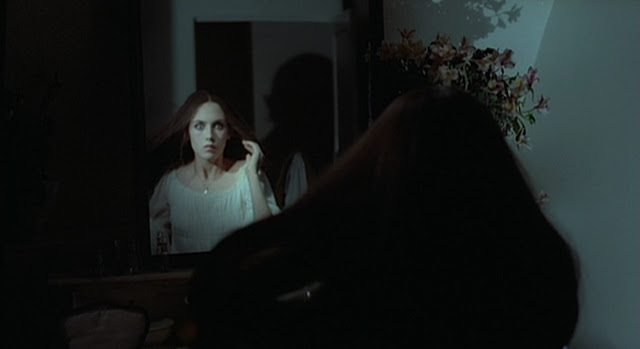 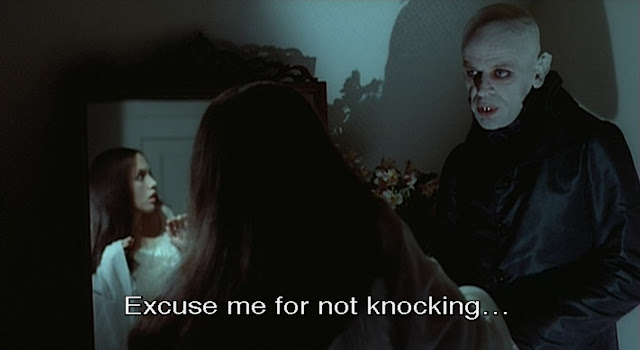 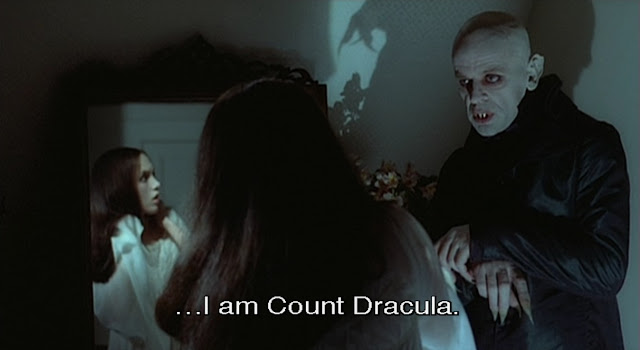 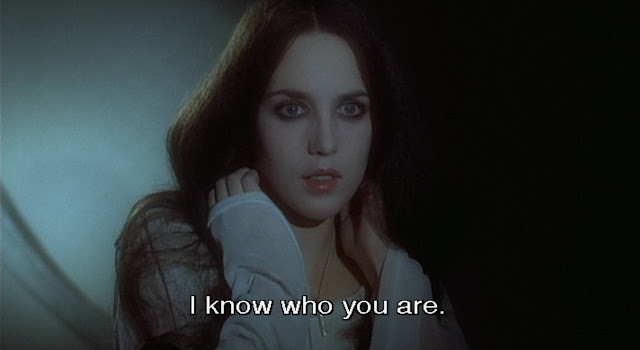 She goes off about life and what he's presenting and lies about how she will not give herself to him. 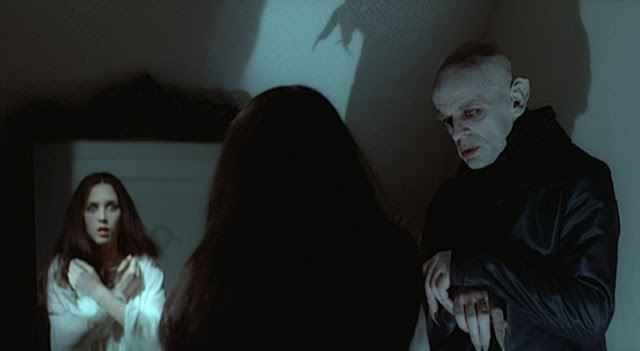 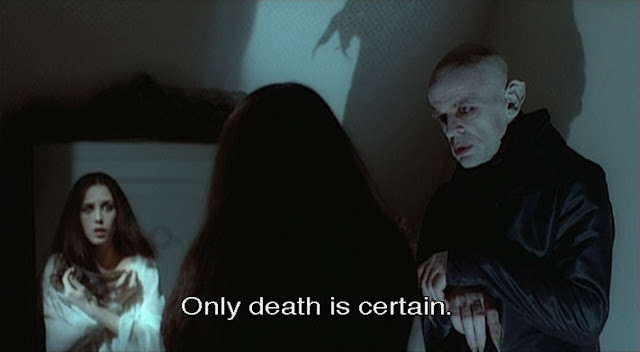 Count gets mildly aggressive for a second... 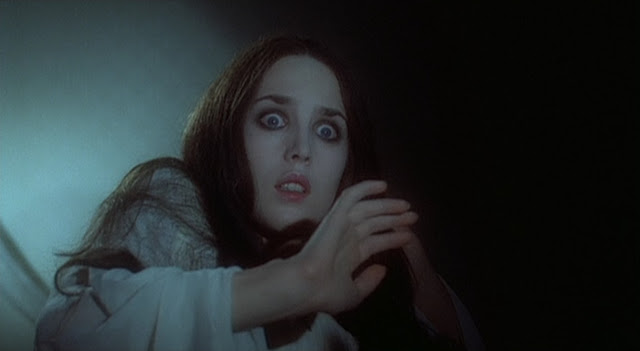 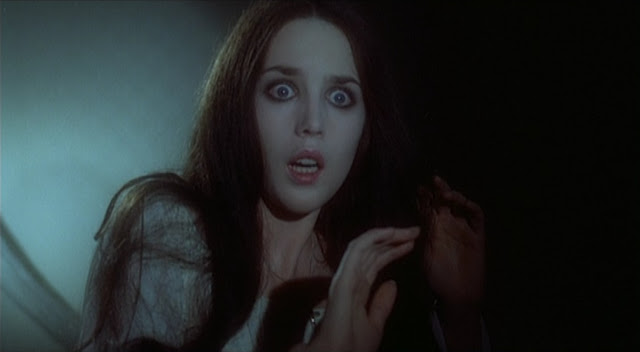 ...but falls back when Lucy reveals her cross necklace. Later, after studying the demon, she invites him inside of her and holds him close (with his longing for love and her beautiful features) so that the rising light in the morning hours can claim him. 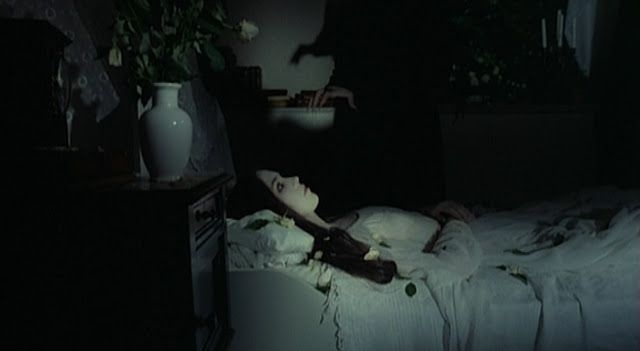 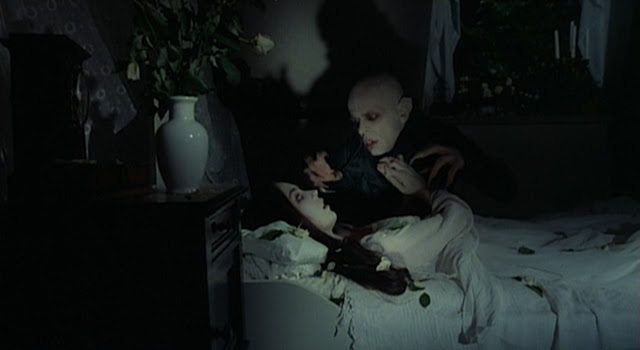 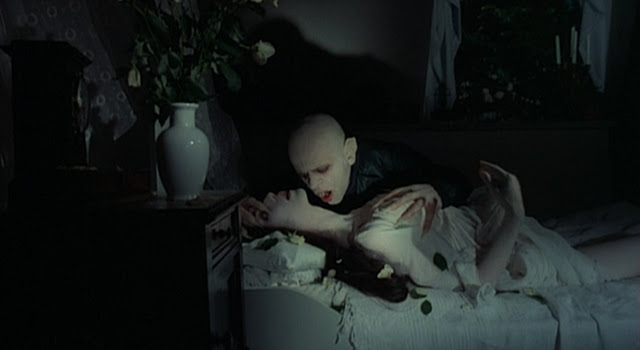 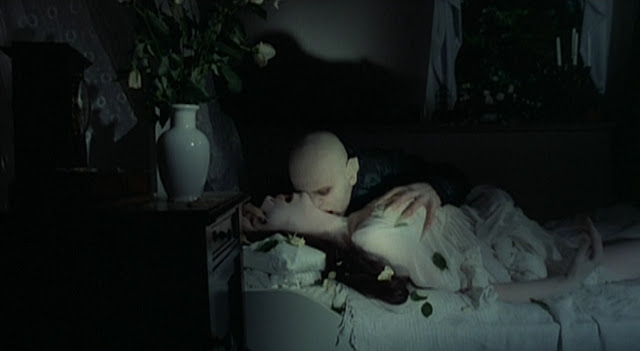 The sexiest moment of the film... I go insane! 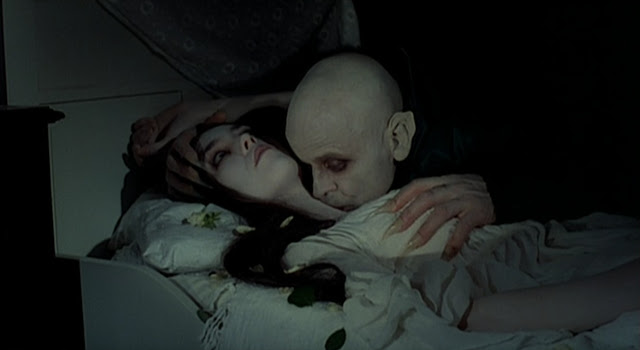 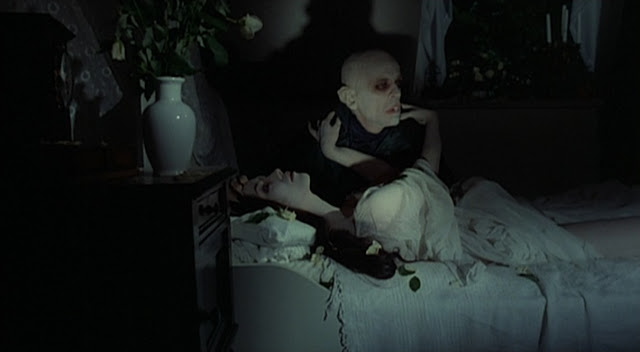 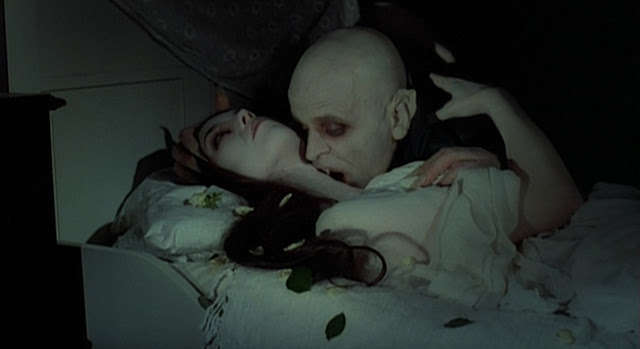 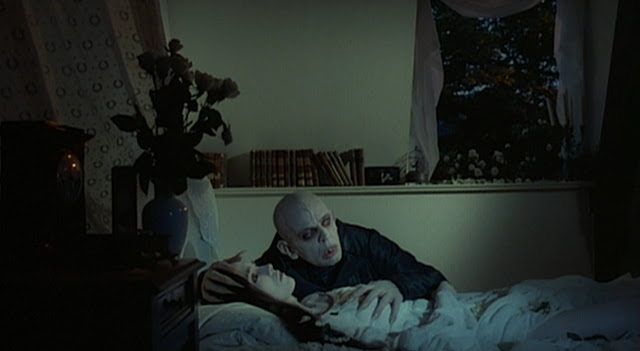 Whenever I watch this scene, all I can think about is how sweet her blood must taste. Nosferatu there was ready to leave before she pulled and begged him back. He knew the time of sunrise was near. But look at this chick. So gorgeous! Would I do the same thing? He already talked about wishing to die. So did she save him or kill him?


So sad. You think they're together in the un-afterlife? I think so... because I too believe in True Love.

I haven't seen Herzog's Nosferatu in quite some time. It's about time I blow the dust off and take it for a spin.

Whenever I think of this movie, aside from Isabelle, I think of that one dude playing the violin or whatever in the alleyway. Don't know why that image always stuck with me so much...

wonderful scene from a wonderful movie. Unfortunately I haven't seen it in a very long time. Need to rewatch soon!