SPOILER: Watch the Trailer. Don't rent the movie. They cut the scene out! Imagine that shit? Yeah, I was shocked and appalled as fucking well. Oh, but don't worry, if you'd like to see Larry David in a habit (drag) talking like he's just smoked five hundred cigarettes for about twenty-five minutes then go right ahead and pick this one up. Or if you're into the uh... Jersey Shore, then pick this one up. There's only one and a half hot chicks on the Jersey Shore anyways. And they both ain't hot enough for me to have watched a single episode. Anyways...

So what happened to her infamous scene from the trailer that made people actually, oh I don't fucking know... Want to see the movie!? Some "Catholic League" was upset and for some reason the Farrelly Brothers caved. That's right. Caved! I'll not defend them for this bitch ass shit! Fuck the Farrelly Brothers and their Producers for allowing this travesty of justice to occur. Fuck them right in the ass with a pitchfork from HELL!

The following screenshots are from the HD Trailer I searched for frantically online (to get my fix): 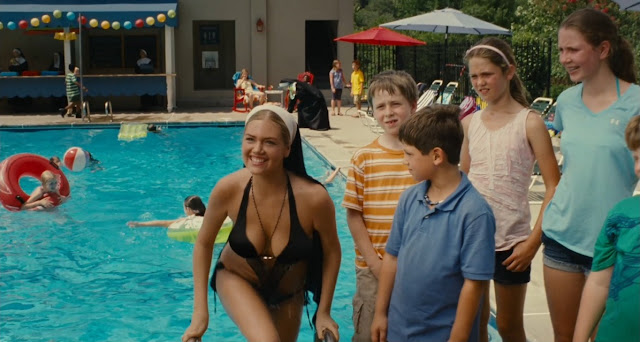 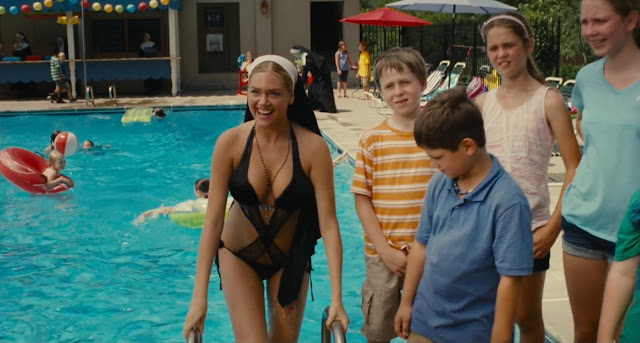 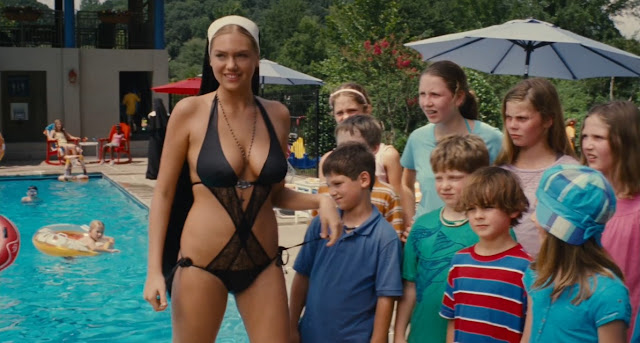 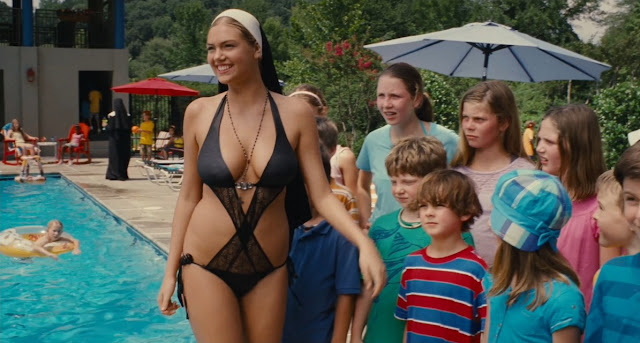 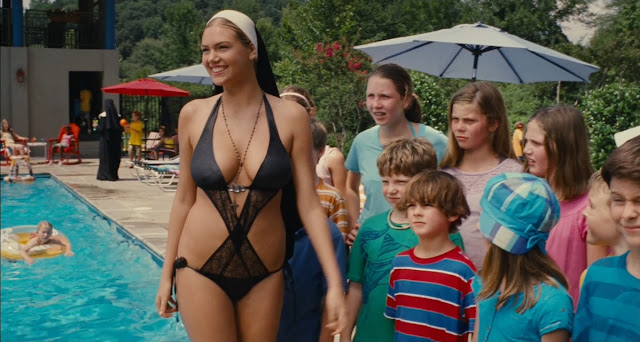 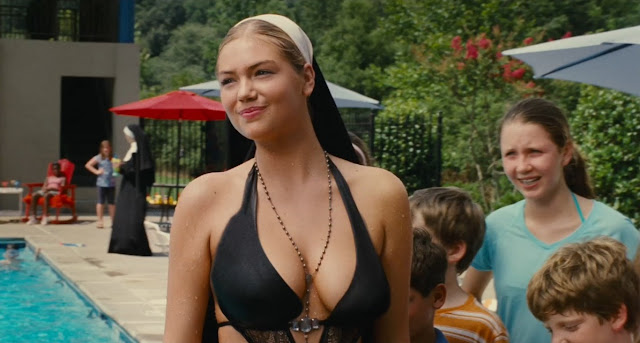 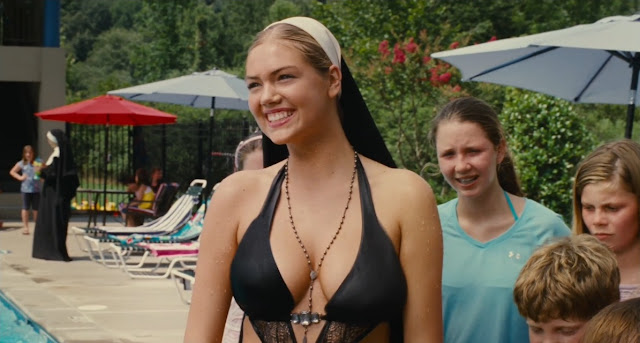 
Is The Three Stooges "Movie" horrible?! Yes. Did I laugh One-and-a-Half times!? Yes. When I didn't see what I came to see did I let out a loud ass "What the FUCK!?" Yes. This movie and everyone involved in it can go SUCK A DICK!. Huh. I'm pretty clever... and persuasive too.  Maybe they'll go do that thing that I said. And if anyone should get that done to them, it should be the guy who told th... hey, SUCK MY DICK! Katie, you listening?

Nothing could make me want to see this movie... ever. Although those pics of Kate Upton definitely belong in AntiCristo, should Fab Press ever reprint it. Jesus Christ!