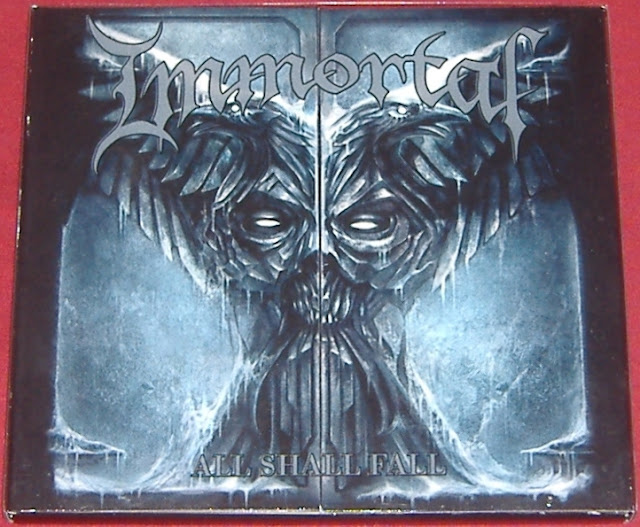 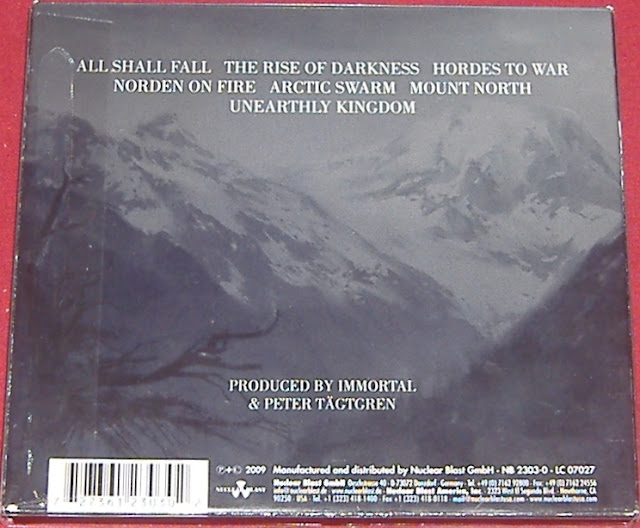 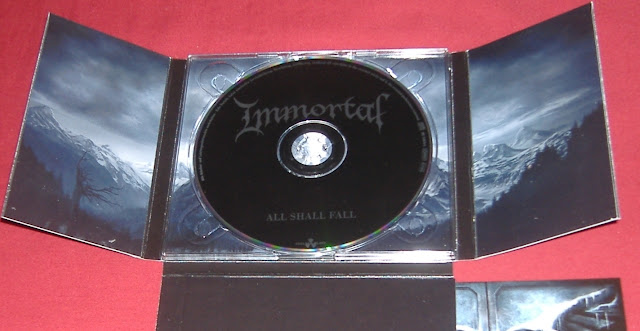 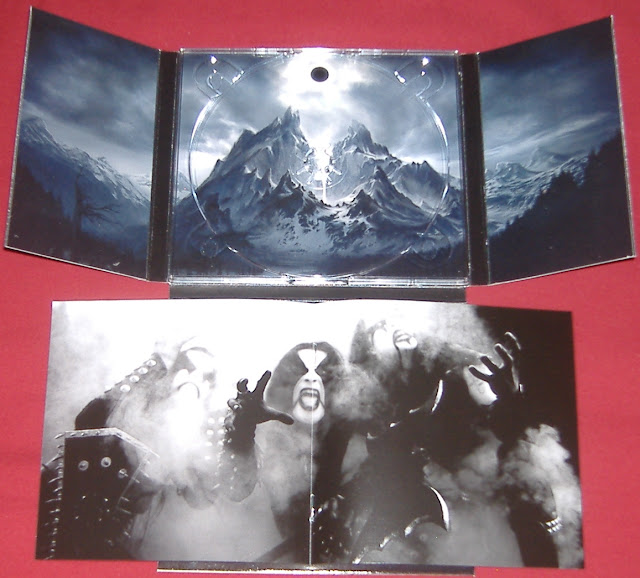 
2 - Immortal All Shall Fall Logo T-Shirt (Choice of Size at Purchase) XL. 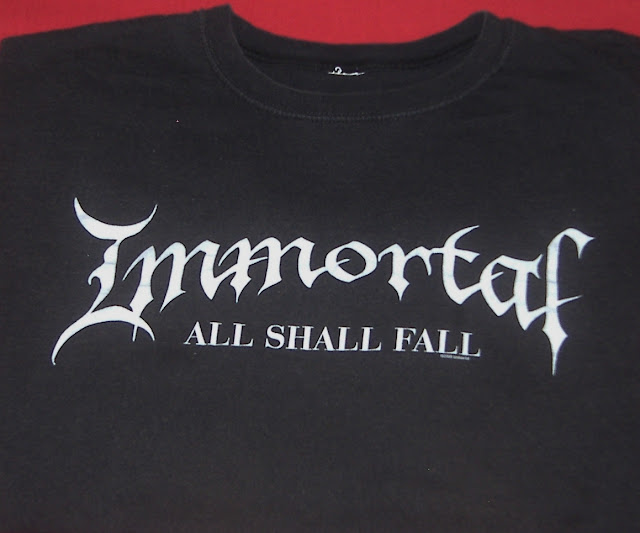 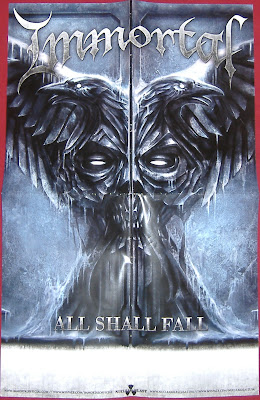 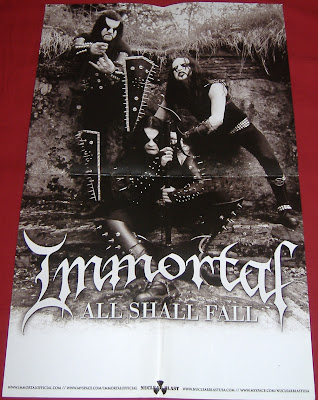 9 - Black Plastic Bag with the Immortal Logo and Website Info. 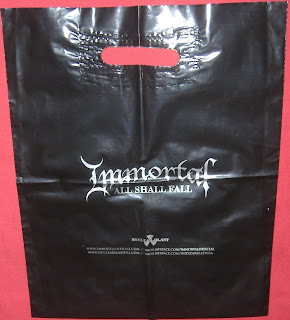 Non-Listed Extras that came in my "bag":
10 - Promotional Sticker with Album Release Date. 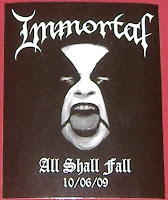 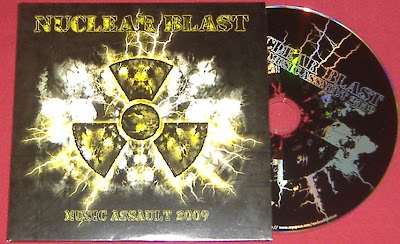 This is not technically an album review, only some quick thoughts! So far I'd have to say that ALL SHALL FALL hasn't come off as the most memorable Immortal album I've heard. It's got some really good shit intertwined throughout and some absolutely great moments! But as far as the "Epic-ness" goes, nothing is ever going to top Sons Of Northern Darkness. Now, mind you, I've only listened to this album about three or four times (since I bought it in 2009)! [Hey, I slack in ALL departments.] So who knows... while I appreciate the superior yet brutally harsh tones of earlier albums, I have grown accustomed to their later sound. After SoND completely brainwashed me, it's hard to go around it. That is their most technically advanced album with a most brain-corrupting sound and technique.

I'm sure this album will grow on me (it already is). The title track has definitely started to, especially after viewing their new video. The end track is also very solid and multidimensional. The second track, The Rise Of Darkness is getting me hard with every sudden blast beat. It's RAW. And perhaps that's what they were going for. A year of practice (maybe less), and then record the album in under a month? It's cool. After seven years (Note: that they weren't working on this album for seven years, but taking time off and doing other projects). The more I think about it, the more I start to appreciate what they did here. It's not overly thrashy for such a short recording time. They didn't decline in any way considering, but they're not as polished off this time around either.

Sometimes they take their time, other times they go completely off, and every now and then they'll break into some fuckin' spectacular riff with a perfect beat and deliver the utmost brilliant, hair raising on the back of the neck, bow down moments (example, that Solo on Arctic Swarm, the middle of Unearthly Kingdom, or on the Title Track when Abbath starts growling the actual title of the Album). I think it's totally awesome that in the new music video all four members of the band make an appearance. It's good to see Demonaz show up and spew a few words upon a mountain top. (Been meaning to grab his new Solo album - but actually, this was the last CD I bought [and it's been three years!])

Concerning the Limited Edition set I pre-ordered, I don't really get the whole "Bag Set" thing. Let's face the fuckin' facts here... the bag sucks! I can understand the point of this bag if I bought everything and it came in it (and for some, maybe it did), but mine came folded up and stacked with the rest of the items in a cardboard shipping box. The pins and pendant (with no necklace?!) were in a high-quality zip-lock bag, and each pin was individually bagged as well. The CD was wrapped and great care was taken with the set. But couldn't the bag have been made out of something that wont flake label paint or rip apart with a baby's touch? It should have been made out of Ice and Coldness.

Email ThisBlogThis!Share to TwitterShare to FacebookShare to Pinterest
What the... Black Metal, Box Sets, Metal, Sounds