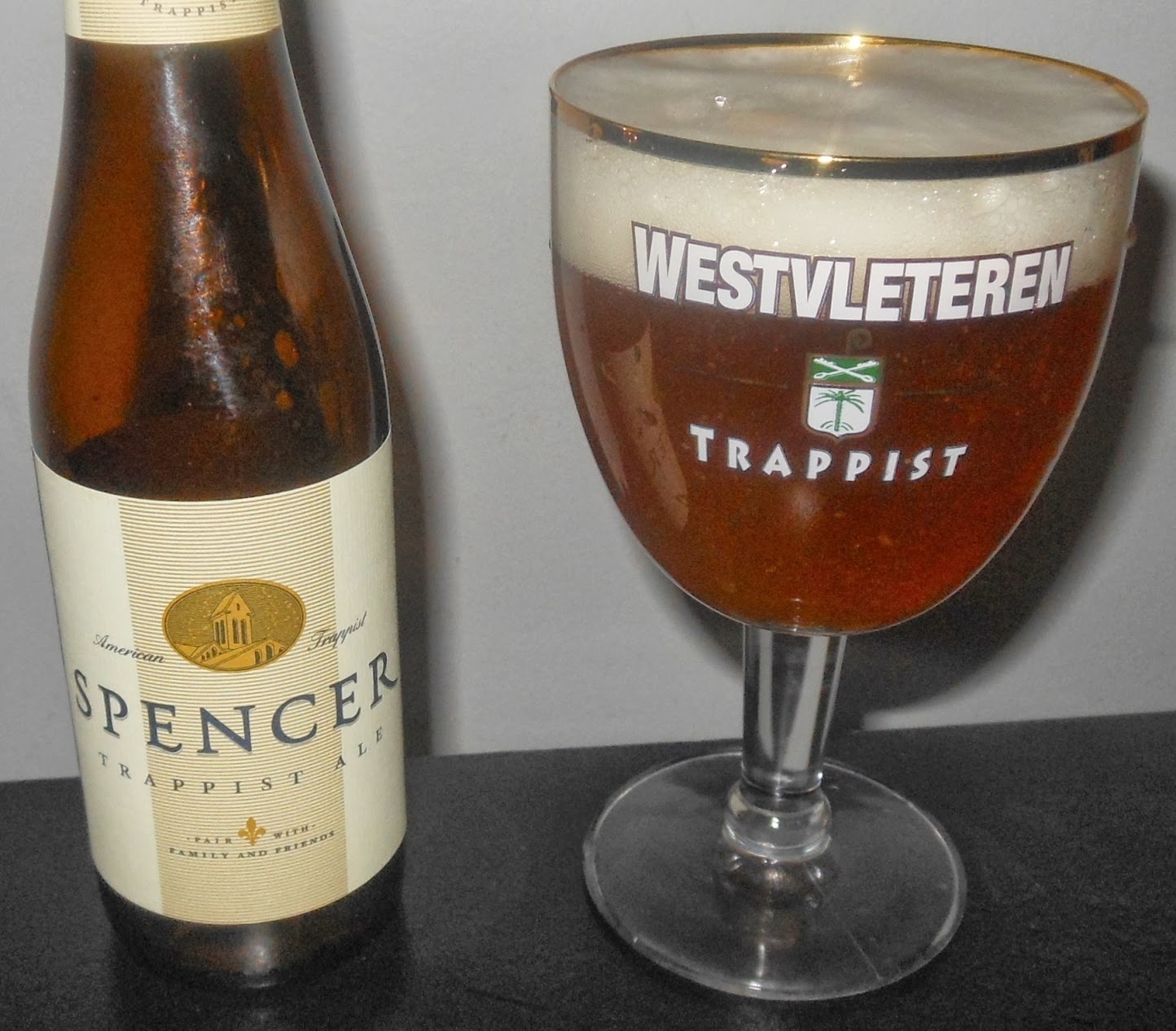 Our recipe was inspired by the traditional refectory ales known as patersbier (“fathers’ beer” in Flemish) in Belgium. These sessionable beers are brewed by the monks for their dinner table and are typically only available at the monastery. Only Four Ingredients; All of the Highest Quality: Water: Something about the Ice Age which I'm not going to repeat. / Hops: We use a mixture of hops, all of which are grown in Washington state’s Yakima Valley. Willamette and Nugget varieties are among our favorites / Barley: A proprietary blend of 2 row and 6 row malted barley varieties carefully selected to meet physical and nutritional requirements for optimal brewing of our Trappist ale. A caramel Munich specialty malt from Wisconsin adds color and body to our ale. Yeast: The key to Spencer’s unique aroma, and the ingredient most responsible for the maturation of its “golden center”, is the family yeast variety that we propagate at the monastery. This live yeast is left in the brew - unfiltered, unpasteurized, all natural."

Thoughts: Spencer Trappist Ale poured a dark lemony yellow color with shades of amber orange and a thick stark white head full of soft snow-like froth. I hold the beer up to the light of this white preview screen and am in awe by the impressively massive amount of sediment flakes swirling in a blizzard whirlwind of rising carbonation. There's a storm inside of this brew, and it is absolutely intense! This has to be the craziest looking beer I've ever seen, without a doubt. Just when I think I've seen it all too. That head is going nowhere, fast.

The smell on this one is pleasurable. It's very bright and citrusy, with a smooth flowing Belgian yeast running throughout the entire scent that stays side by side at all times with the stunning freshness. It's very vibrant smelling, as I'm finding I don't have to even lean in at all to have it hit me.

First sip: Well, this beer is soft as a pillow. It pretty much turns to light-as-air foam in the mouth and fizzles away during the swallow. Interesting. So, so soft.

It's got a mild peppery flavor to it, and while the yeast plays a huge part on the overall taste, it's still pretty mellow. Despite that it's quite flavorful. It doesn't taste weak or anything like that, just not too heavy on the taste buds as the smell would suggest. It's smooth and crisp, zesty and a little floral. Getting close to finishing the glass and it's starting to get a little tart due to all the yeast flakes that are rolling around my tongue. Final gulp: Like I said this one is really bright, and really soft.

The aftertaste gets pretty bland. Not bad tasting, but just a tad bit cardboard like when it's all over. Spencer is a quality ale, there's no denying that, but for $18 a 4-pack there's no way I'd go fully go in on one of these.