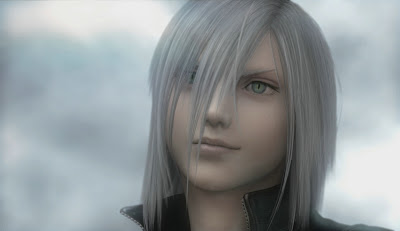 In the beginning of FF7:AC the 'hero' Cloud is pursued by three mysterious silver-haired, black leather clad ruffians on motorcycles, who seemingly came from nowhere. Not much is immediately known about them, other than that they're searching for "mother" and they know that their "brother" has her hidden somewhere. Over the course of the film they ruthlessly taunt, battle and wage war on Cloud and his friends. As we come to find out, these three lads, Kadaj and his two "brothers" Yazoo and Loz,  are the Remnants of Sephiroth.

Each of the three are representations of Sephiroth's long gone being. Loz is the strongest and fastest, and holds a strong emotional connection to "mother" Jenova. Yazoo is unmerciful, yet cool and calm, and "aloof " in his demeanor. Kadaj, their leader, represents Sephiroth's anger, rage, and insanity. The three are guided by a force unbeknownst to them, though Kadaj seems to have realized sooner than the others just what they are set out to accomplish. He is incomplete, a vessel used in reuniting Sephiroth and Jenova, and that he knows this truth disheartens him greatly. Yet, he still goes about his 'mission.'
Though his age is unknown, Kadaj's youthful appearance and tantrum like outbursts make him seem like "a psychotic, unstoppable child". This was done purposefully by the creators of the story, and though he may lose his cool once in a while, he always calms down. Once he has calmed down however, that's the time to be afraid since he lets his powers loose and summons large monsters to wreak havoc on innocent townsfolk. He's also prone to summoning Shadow Creepers (wolf like smoke creatures) whenever it pleases him. Being a very skilled swordsman and thoroughly determined, he eventually takes on Cloud one on one and after absorbing some of "mother's" dripping head cells, becomes the true embodiment of Sephiroth. 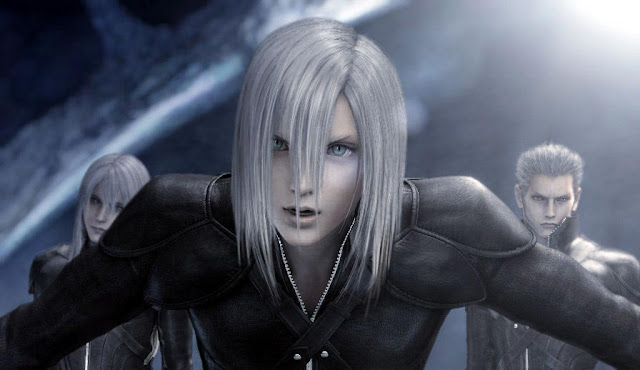 So what do I like about Kadaj, aside from him being a pretty boy and a brat sometimes? Perhaps that he's a lost soul. Nothing is really his, and his destiny may not be his own. He's insecure, and feels overlooked by "mother" as she most surely loves only Sephiroth. He's tormented, flawed and yet still very cold and calculated in his efforts. He's got style and always delivers his words with a smirk or a sneer. He is utterly determined and will let absolutely nothing stand in his way. Despite being a "puppet" he is so strong, and he's never afraid, not even in the face of death. He's a charismatic badass, with a lot of inner turmoil.

Email ThisBlogThis!Share to TwitterShare to FacebookShare to Pinterest
What the... Anime, Video Games