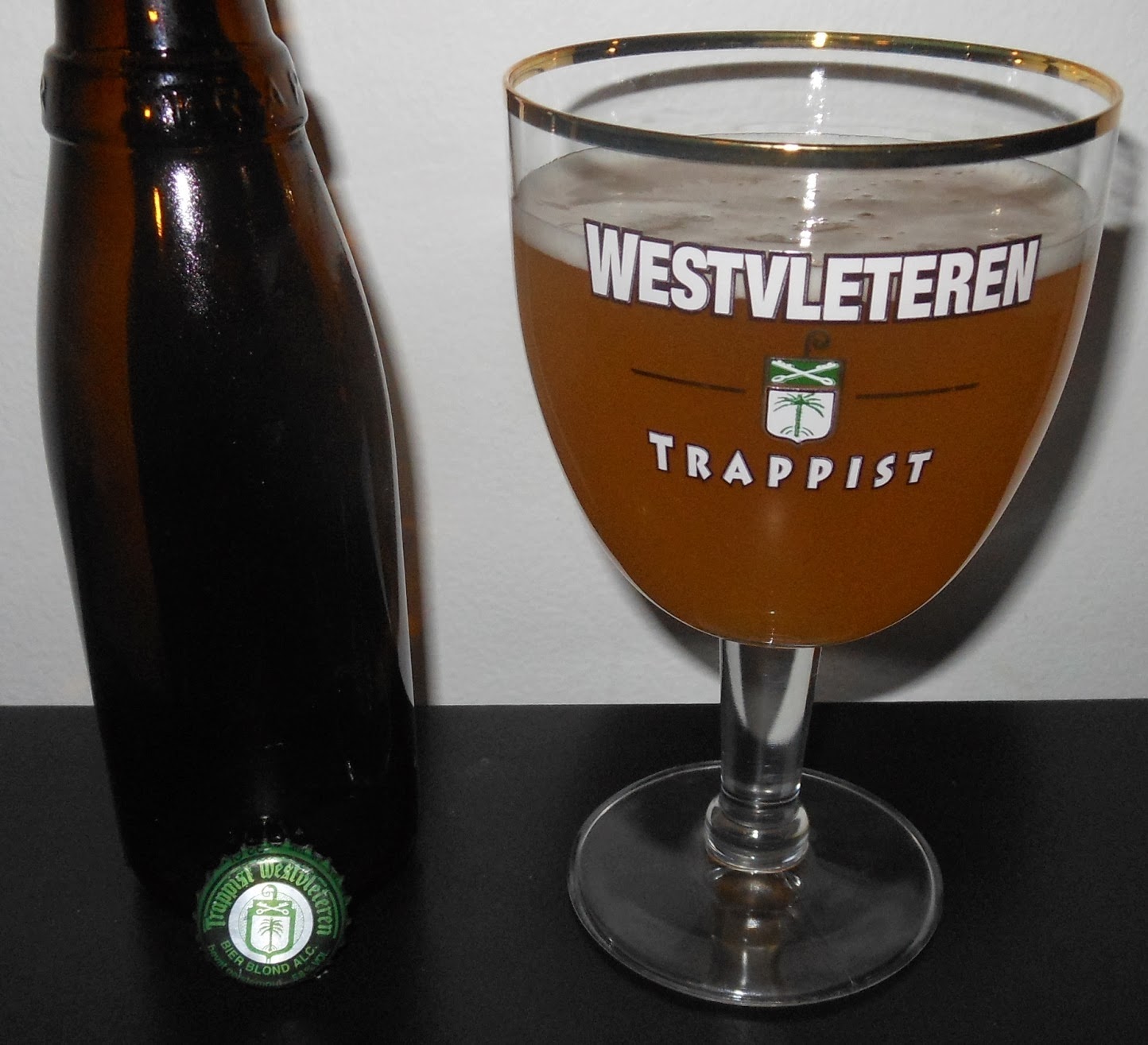 Thoughts: Blond poured a color true to its name, a deep yellow blond that is completely hazy and full of speckled sediment throughout. Bundles of grain gather and bunch up in areas of the beer. The short, soft white head is luminescent and slightly frothed.

This beer smells incredible. It's got this really soothing nose to it, a beautiful yeast characteristic and smells like heather flowers. It's a very floral brew with a lot of bright citrus fruit up front, which is reminiscent of papaya. It's slightly lemony, with grains of paradise and toasted sesame seeds coming through, and after a short while becomes extremely herbal.

Well, here it goes, my first sip of a Westvleteren. There's a deeply rooted bitterness that the scent didn't let on to at all, and while it isn't overall that intense, it stated out thick and heavy. The heart of this beer is obviously the yeast, which just resonates through the body and is incorporated into every aspect of it. It's really spicy and peppery, very up front and ridiculously dominating. The subtle yet jubilant sweetness that manages to pull through and actually shine beyond the thick cloud of spice and firm bitterness is not only very welcome but also a bit surprising and peculiar, as it does so every so slowly. Blonde is a beer that strikes fast and hard, then settles quickly and what you're left with is a long, lingering aftertaste of rose petals, soft sourdough bread, unripe pear, dry hay and black pepper.

The mouth feel on the Blond is thicker than would be expected, especially if one has becomes accustomed to a beer that looks like this to feel like water. This beer is heavy, and you'll be required to chew through some of it. This Blond is pretty raw and deceiving looking, but if you find the will to enjoy it, it is something delightfully unimaginable. 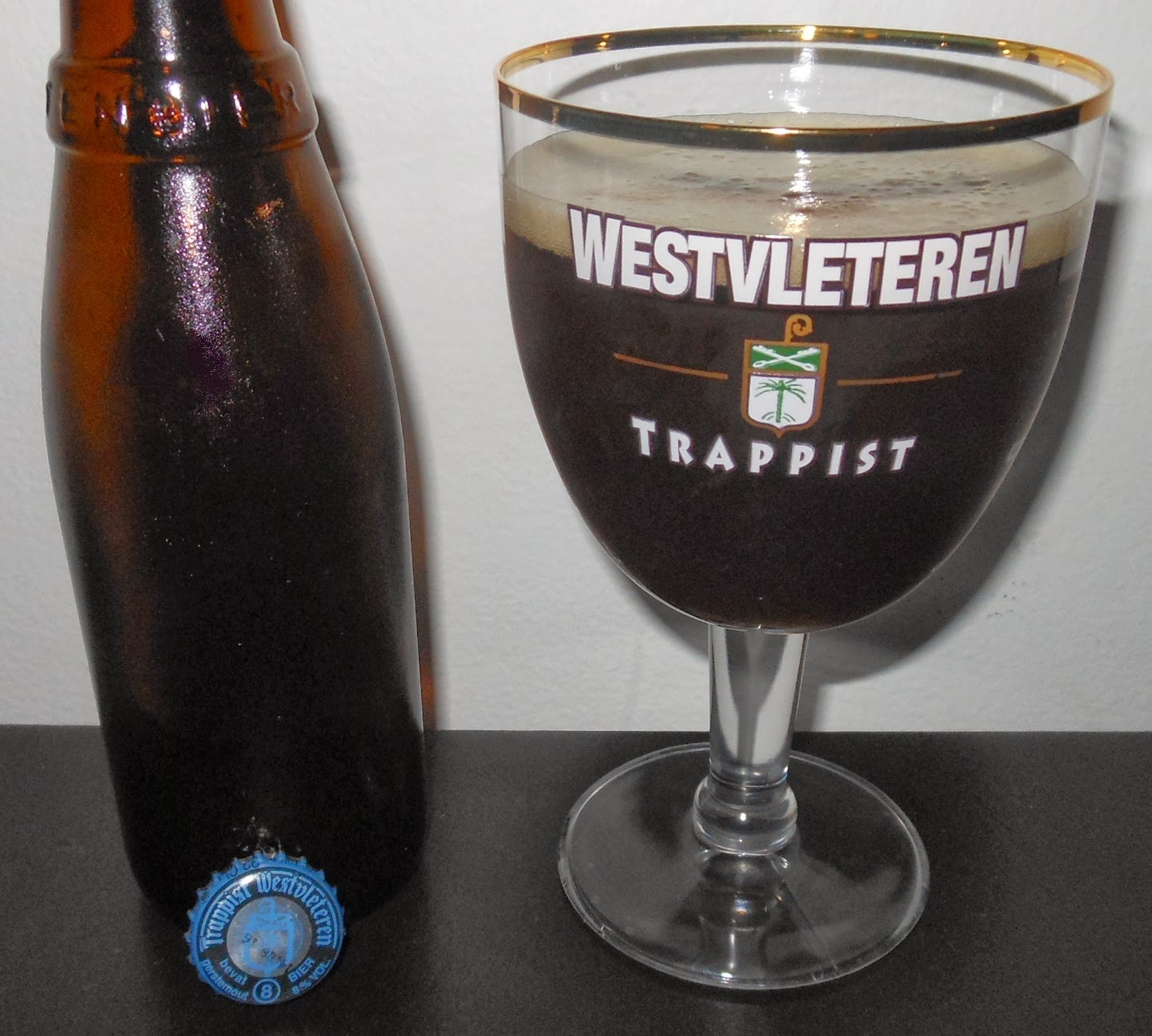 Thoughts: Westy 8 poured a muddy brown color with some cranberry tones around the edges of the glass. The multi-colored beige and brown head from where I poured left a design resembling a mysterious planet. Carbonation seems a bit low, and there's no way of seeing through this dark liquid matter.

This beer smells like liquid candy. It's like soft baked apple pie drizzled in caramel, grapes, figs, plums, brown sugar, and cherries. The alcohol seems to be laying low, as well as the Belgian yeast. It's not an overly assertive scent, so you've got to experience it when you pop the top, pour and later while swirling as it does disappear after leaning in for a while. Overall it's a very fruity and somewhat sweet smelling beer.

The taste starts off as if it's going to come across a lot stronger than it is, with some heavy fumes upon the first gulp and a little sting as well. The fumes hit just above the middle mark and then slowly fall back before getting too strong. The taste of this one is a lot less sweet than I had expected, not that its overly bitter or anything, but the bitterness definitely outweighs the sweet here. It's got a clean profile to it, despite being so peppery, grainy and lasting so long after being swallowed. Flavors consist of semi-sour dark fruits, burnt candi sugar, a touch of hazy booze, mild yeast and a long drawn out graininess.

Mouth feel on this one is a bit hard to figure out. It starts out thick and boisterous, but fades so quickly at the swallow that it goes from a solid medium to light feeling rather fast. It is soft and velvety however. The booze starts to come out a bit more as the beer warms, and the bitterness fades a bit giving way to a nearly perfect balance. I think that I prefer their Blond to this, but his is a mighty fine Dubbel.