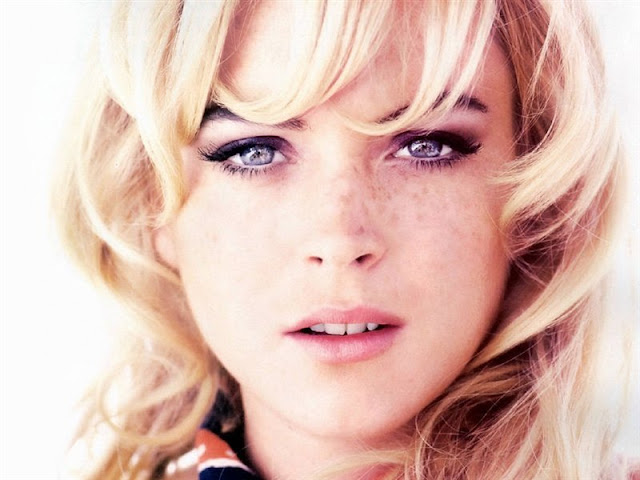 I'm calling bullshit! I mean, did you see that judge? She's obviously a total SS bitch... not that there's anything wrong with that, but What the Fuck! Poor Lindsay Lo. Can our little grown up hottie and new found exploitation queen get a break for once? Get that damn ankle bracelet off of her and let her shoot 'Lovelace' for Dakota's sake. And right when things were starting to look up too, got a four day weekend and all... then Uruguay plays shit, loses first place chances at the World Cup, and now Lindsay is going to jail for Ninety days!? Bloody 'ell! I know who's killing me, these damn probation laws. What, a girl can't hit up a few parties and snort a couple lines these days? Why don't you just take away her right to vote or bear sweet bare breasts in public while you're at it government! So she didn't attend one class because she was at the MTV movie awards. Sounds like her AA instructor who testified against her is a total jealous bitch since she never got to play Michael Keaton's chicklet on the big screen. You know what? Everyone is talking about "substance abuse" this and "substance abuse" that... sounds to me like there's been an awful lot of abuse already, so how about we end the abuse now, and set this beautifully damaged goddess free. Love you, Double L. You've got my support... and I toast!

Email ThisBlogThis!Share to TwitterShare to FacebookShare to Pinterest
What the... Babes