There's a lot of things I love about Lamberto Bava's 1985 movie DEMONI. Which is understandable, as it is after all my favorite movie of all time! There's the blood, the more blood and the most blood... but there are also a lot of weird little moments that I love just as much as the gory stuff. Not including the weirder weirdest moments which I'll be getting to later, or the awesome awesomest moments that I'll be getting to sooner.. here are some scenes that last only a few seconds, but rule teh skoolz.


1. Knife has SCREAM written in blood on it. 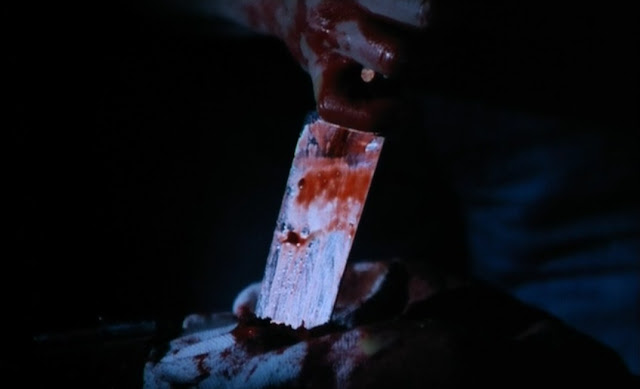 There's nothing I love more than to hear a sexy girl screaming in terror (aside from admiring her sexiness while listening to her beautiful screams that is), so it's no surprise that when the shit goes down during the movie within a movie scene that I'm all over it like... maggots on a corpse? ...that man-kid from Burial Ground on his mum's tit? ...dr blood on a shitty Blu-Ray disc of a Dario Argento movie featuring a sack of cats being drowned and beaten to death?! I would have preferred that the hot blonde waiting in the tent to get fucked got the sticky knife treatment, but what can you do? My desire for such a scene wasn't a total loss, as during the immense climax of blood-lust enticed voyeurism her not-as-hot friend got a thrusting the sorts she's only once dreamed of! Speaking of masturbation: 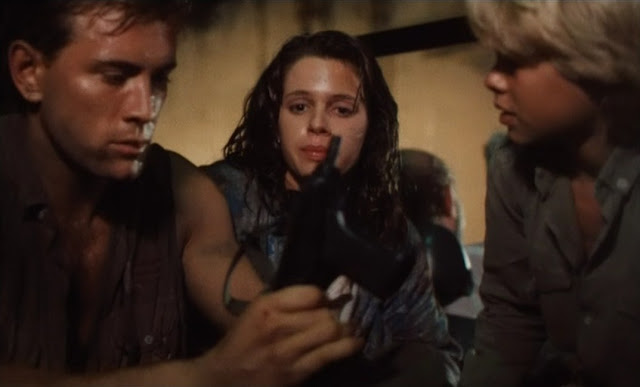 I love how the kid just pulls a fuckin' UZI out of his family's gun bag and casually hands it to George. George just looks at it and is like "uh-huh... yeah", all bewildered and shit. This dude just went from a guy out on the hunt for some chicks, and being the good friend that he is was totally doing his damnedest to get his (no-doubt certified virgin) best friend Kenny some hot booty as well... but now all of a sudden there are Demons all over the place, he's murdered countless numbers of them with a motherfucking Samurai sword, and out of nowhere the annoying kid from Lucio Fulci's 'House by the Manhattan Baby' (Giovanni Frezza) is handing him heavy ammunition? Where the fuck was this little yellow bucktoothed sumbitch twenty minutes ago!? Speaking of Abortion Alleys: 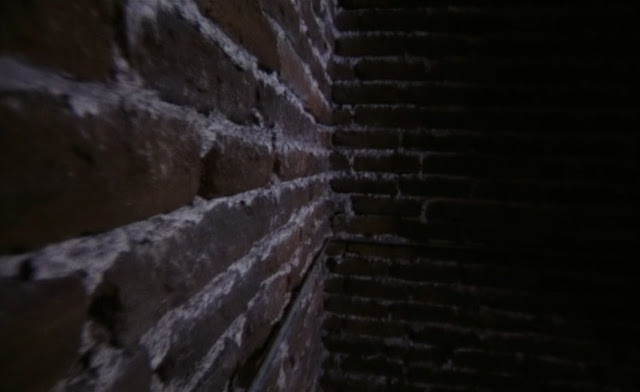 This probably seems like a weird one, after all what the hell is so interesting about the cameraman just tracking along a brick wall? I too thought that exact same thing back when I was an unfuckable newb... but then I discovered the cinema of Lamberto Bava! Now I'm getting laid all the damn time(!), and you know why? I'll tell you why! Sexy, cold brick walls. What's so sexy about some shittily made brick walls you ask? I'll continue. Not only can you fuck a hot, live bitch up against one, but you can hide a hot, dead chick behind one! Wut Wut. The only problem with bricking up a PDT is you don't got that easy access anymore, and gotta start slicing yourself up with the box-cutter for fun.

I was actually obsessed with Shock (aka Schock, aka Beyond The Door 2) for a while, the last film directed by Mario Bava, and some may say co-directed as well as written by Lamberto himself. The music cues and tone from this scene obviously pay tribute to that film, and the Goblin/Libra/Bava connections are undeniable. Speaking of Block-Heads: 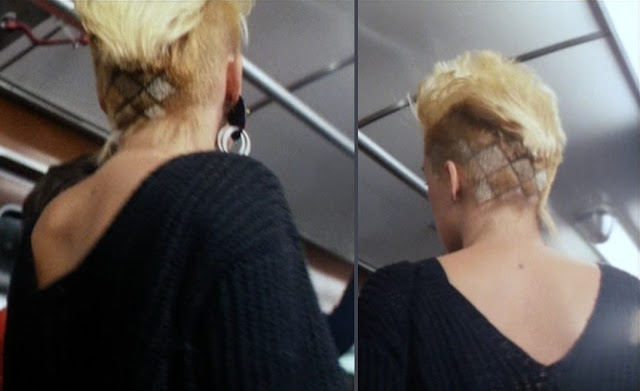 Not really sure why, but I've always been amused by Checker-head and her friend Fluffy Red (not pictured). Perhaps it all had to do with how Cheryl was so fucking paranoid for no reason whatsoever, like... totally overly paranoid, and for what. After all, it's just some punk chicks on the train with her. What's there to be scared of? I'm sure they're harmless. Probably just a couple of lipstick lesbians who would have, hell and now I'm fantasizing here, brought Cheryl into their little clit... err, I mean clique. Suck the f'n mole right off the back of her lower neck and chew it up like gum, and if you don't know what I'm talking about then don't worry about it because neither do I. Nevertheless, I would lick that and then kick that. Not necessarily in that disorder. Speaking of crazy haircuts:

Poor Squiggle. We hardly knew that fucking son of a bitch! 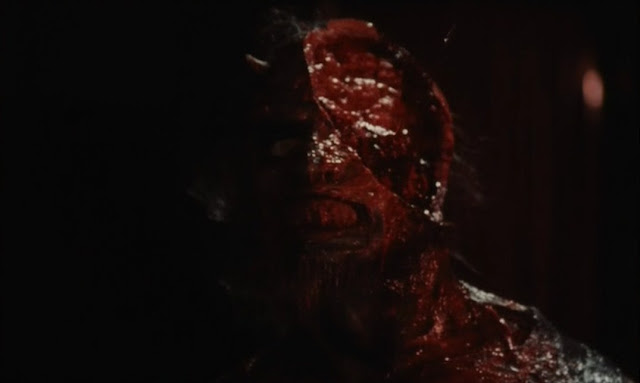 If a helicopter is going to fall through the theater roof for no reason whatsoever and fail to work afterwards, it may as well just start up just as a few demons approach and then have the blades slice them apart! It's only rational movie thinking. Just too bad that our victim of circumstance here is this blood-red guy with no timing when it comes to kills: Kathy's baby. For whom I have appropriately named Squiggle. He's not to be confused with some of the other rampant demonic looking demons that appear out of nowhere during the finale, yet share his characteristics. Speaking of Clones:

I'll have to check this movie out sometime... after all, this is, what, like your tenth post on the film? Must be some good shit.

J.M., my advice would be to go out and buy this film immediately!

And you may want to watch it soon, as I will be posting more and more about the movie in the next few days and there will be massive spoilers.