I still remember the first time I tried Mad Elf ale. It was quite the perplexing experience. Mad Elf of course is a very unique brew with an interesting malt bill combination, European hops and spicy Belgian yeast. Brewed with sweet and sour cherries and coming in at 11% abv, not only is it incredibly strong, but also very tart. 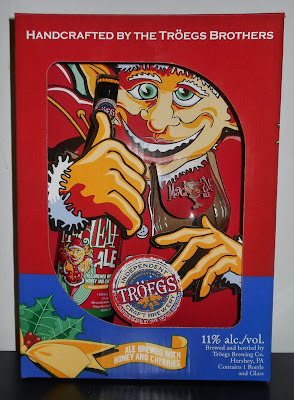 The first time I had it was a three pack I picked up in December 2011, and believe me I wasn't ready for it. Later in 2012 I found two singles and things went a little better. When I found a six pack on sale for half price earlier this year, I took it home and fell in lust with it. My tastes have obviously evolved since I began drinking and reviewing so many funky beers. I enjoyed the six bottles so much that I decided when I see that box set with the snifter glass again around Christmas-time that I'd buy it. Which is precisely what I did.

Years ago I didn't have much of a range in terms of what beers I chose to drink. Basically, I mainly drank total shit beer. Miller Genuine Draft and King Cobra for the most part, rounded out by the occasional Red Wolf. Aside from that I mostly drank hard liquor after getting Chinese-eyed: Goldschläger, Hot Damn! (including the dastardly Hot Damn 100!) and when I was feeling especially raunchy, some Old f'n Crow. I didn't drink much actual beer back then so I was open to grabbing a six pack of Sierra Nevada Celebration once or twice a year, some Bigfoot, Pale Ale, Pete's Wicked Ale, or even some Samuel Adams Cherry Wheat for a treat. 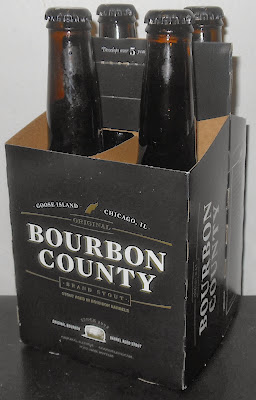 After getting a seriously shit job I found myself drowning my sorrows in endless twelve packs of Natural Ice after work nearly each day. It was a pretty horrid situation, and one which lasted a long time actually... but you'll be most likely apathetic to know that those times are over. Though my job still sucks, things are far more tolerable since I'm "in charge" now and I'll have you know that I still actually do enjoy the occasional Natty Ice. I think it's been about a year since I had a can actually. But I've never actually had anything against the beer, in fact I prefer it to any American Adjunct Lager mainstays of the popular rube culture. By the looks of things however, I'm most likely never going to touch the stuff again. I'm all done buying shit beers. It's just not worth it. Also, I've cut back my drinking dramatically in the past few months and have taken to only serious and worthy purchases for my weekend relax time.

I had a revelation a while back, when drinking a bottle of Celebration actually, and thought about how long it had been since I bought and drank that beer. Why had it been so long? Why haven't I been buying these beers that I've enjoyed in the past? Perhaps I was being a cheap bastard. I may not be rich, but I deserve better. I deserve to enjoy the beers I drink while on my way to getting shitfaced into oblivion. By then my pathway to new and exciting beer had already started, as this was around the time I just finished up my very first set of brew reviews - a slew of pumpkin beers beginning with what was then and has remained to this day my all time favorite: Pumking. It was then when I made a conscious decision to mostly drink beers that I've never tried before. 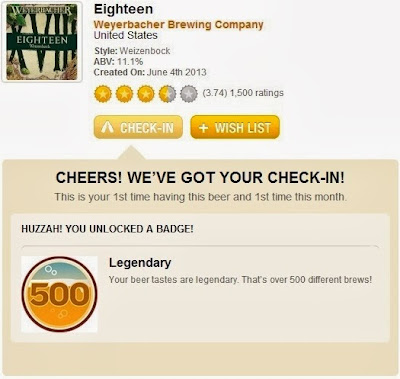 The wide array of beers I've drank in the last two years has been pretty spectacular, at least for me. In fact, I've consumed well over 500 different beers. Not every beer was great, in fact, I find most beers to be rather average. It's not often I find a beer that I would consider gross, and a lot of the time I've found the beers that I've reviewed to be interesting and fun to drink. I'm never going to stop drinking new beers, but I'm not going to go review crazy with everything I try. I've been merging some of my past reviews and will be posting two and sometimes three-in-ones by company if I feel like it. I've tried to keep things focused on certain breweries, special releases, some beers with horror influences and other beers that just plain interest me. Pumpkin and Christmas beers will have their own individual reviews, as will beers that are just too special to share space.

Despite always trying new beers from now on, I'm still sticking to a few old favorites on a rotating basis. Just this year I drank two cases of Hoptimum, 87 bottles of Bigfoot, a case of Pumking, several six packs of Wachusett Larry in cans, and made 22oz Torpedo singles a regular. I'm looking forward to Sucks in 32oz bottles if that ever comes around, and if it's at a decent price that one will be taking up space in my fridge. I'm going to be finally venturing into Trappist ales and a lot more Belgians. From now on I'm not going to hesitate on buying something special that I'll end up never seeing again either. I've held treasure in my hands more than once and didn't bite the bullet, and now it taunts me ever so! I'd rather not get into it... but that includes splurging on a gift set, or buying a bottle with a free glass and perhaps some other extras when the opportunity presents itself.


My appreciation for beer has grown, my tastes and palate have evolved, I'm fairly sure I'm not a snob (aside from snickering to myself whenever I see some dumb schmuck or skank buying a 30 pack of Bud Light - like, erryday), and I don't purposely try to act like a dick about things - that just comes naturally. Whether or not the mindset I've got at present time continues to thrive or changes down the road, well, we'll just have to see. Till then, I'm going to keep exploring the wide world of hopefully not too much mediocre beer. 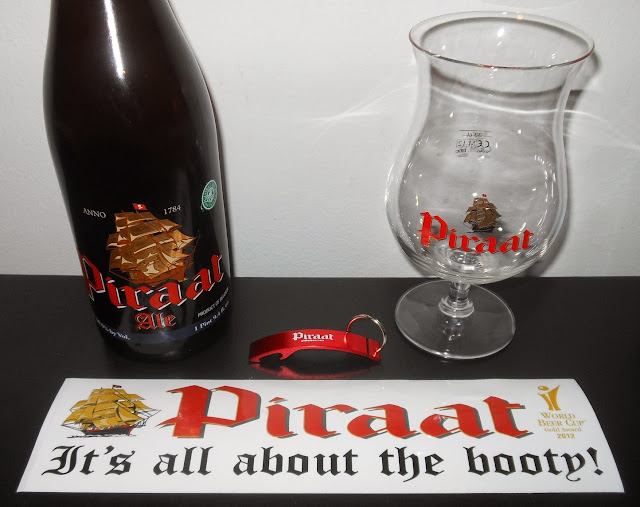 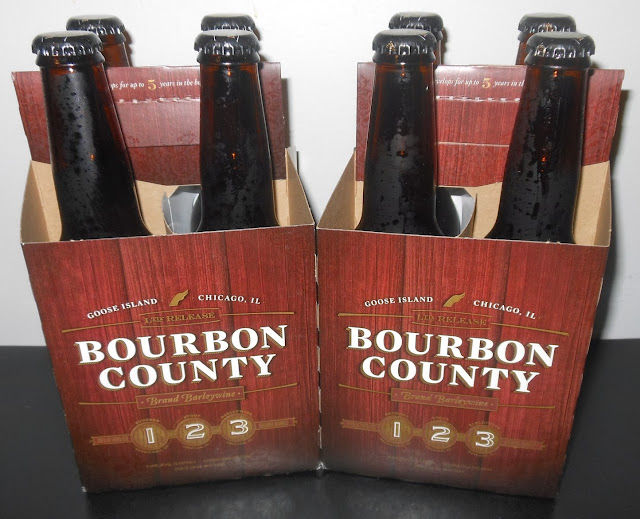 Fantastic post and some choice picks you got there. I was just talking to my brother over a few pints about how my taste has changed for beer. I love some beers that I down right loathed years back, while there are some beers I can really do without that were former favorites. The palate is ever changing, but the truly excellent beers will always be delicious.

You're gonna have a hell of a good time with that St. Bernardus pack. There's bottles of the Quad and Christmas beer in the back of fridge, waiting for a night when I'm in the mood for something Belgian. Got a bottle of the Bourbon County Barleywine too.

As always, I'm looking forward to reading your reviews on all of the new brew you try.

Nothing like a good beer.....
A happy Holidays to you and yours good Sir Wizard....