I remember about the time Danzig4p came out, I had already become completely obsessed with the group, the music and even the front-man himself, Glenn. I was totally ghey for the 'em... ya know, in that not so gay sort of way. 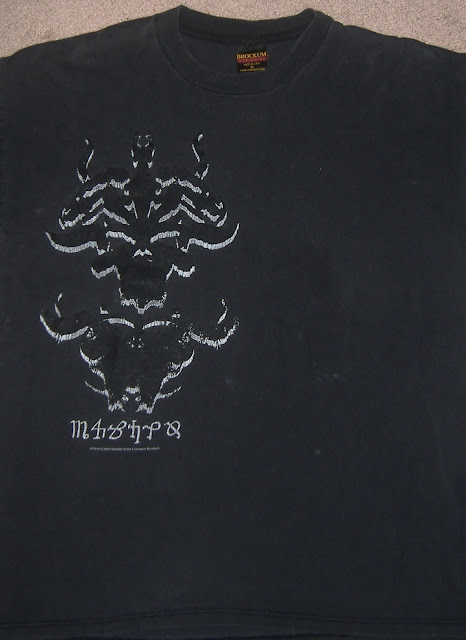 So I used to buy these cheesy-ass bootleg CD's from this place back home and as I was wandering through the place one day I notice multiple duplicate Danzig4p promotional posters on the wall in the corner. I ask the guy, "How much do you want for one of those?" He's like, "Those aren't for sale!" And I'm like, "What the fuck are you talking about!?" 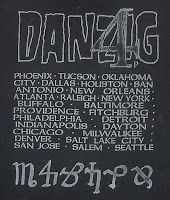 Now, there was an obvious leak in the roof of this place and some other posters around these ones were already water damaged so I'm thinking if I'm going to own one I better get it now. The guy was having none of it. And mind you, at the time I was only fifteen years old! Sure, I was a smart ass for my time but scumbag adults that run shitty record stores shouldn't be conning moneys off of young kids anyways.

He tried to give me some shit and I told him to fuck off. A couple months later his roof caved in just above the posters and the entire corner of his store was ruined - walls, posters, merchandise underneath, all of it. We could have both gotten what we wanted that day: For him, money, and for me, a fuckin' free poster that I would have payed for! But the guy was a fucking douchebag son of a bitch and I hope he rots in hell. That fuck.

:)
Laid to Unrest by DrunkethWizerd

Email ThisBlogThis!Share to TwitterShare to FacebookShare to Pinterest
What the... Clothes, Danzig, Metal, The Devil