Guess that makes him a cannibal. So if you guessed that I was really quite buzzed the other night and dropped a whopping $60.00 on the Amazon.Com Exclusive 25th Anniversary Edition Unicron, then you guessed correcitically. 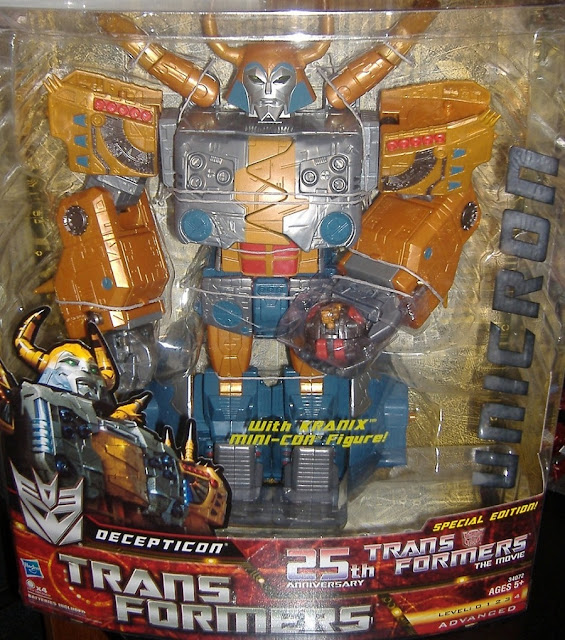 A lot of people online were pissed off because Amazon only carried a few dozen of these releases at a given time upon release. The product sold out rapidly and then the 3'rd party sellers (read: scalpers) were re-selling them on Amazon for triple the price. So the sixty dollar exclusive was now "SOLD OUT" and being re-sold for anywhere from $180 thru $260 by some bitch-tits motherfucker who bought six of the things all at once. 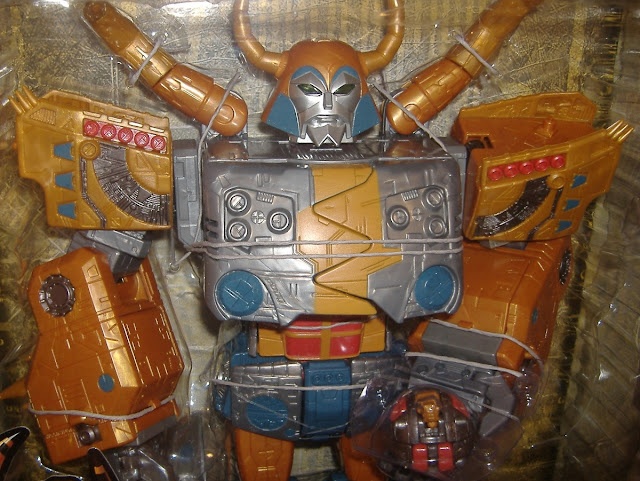 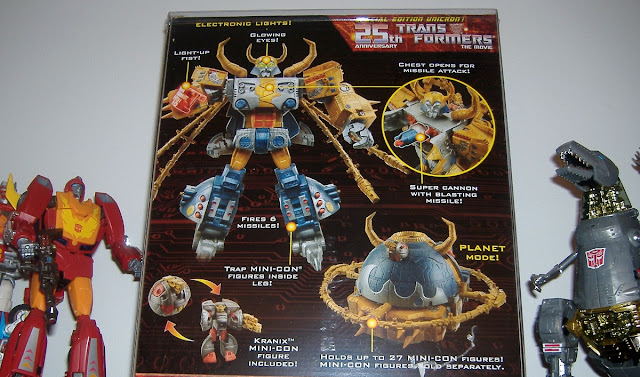 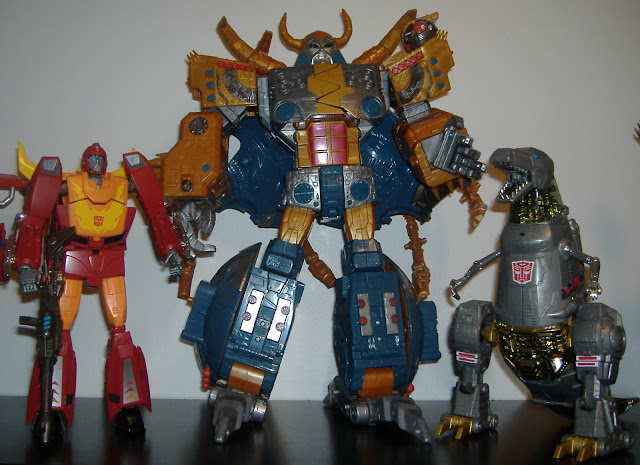 I wasn't really hard up. Sure, I wanted the new version since I was never truly satisfied with the original Armada toy... but I wasn't going money mad to get it. It wasn't until it sold out about two or three times that I finally decided to grab it once it came back in stock. I just said, fuck it, and I've been wanting to sell the old one off anyways along with some other crappy figures that suck. 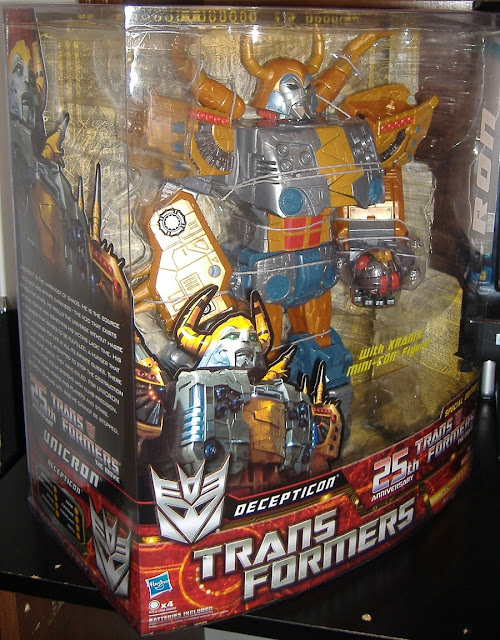 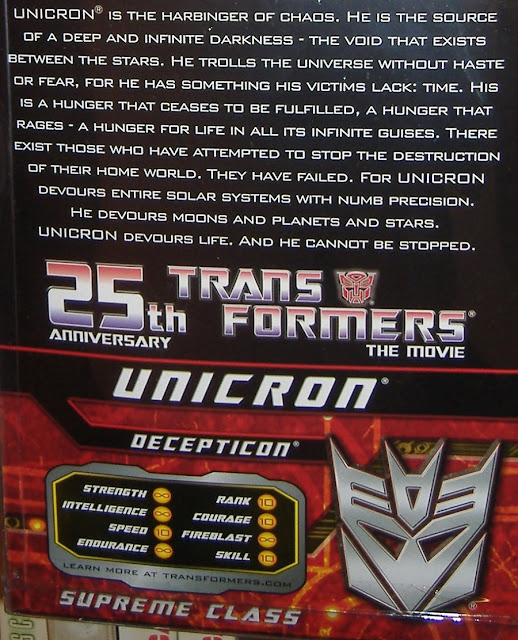 After all, this figure's got a much better (silver) paint job, a newly sculpted "Movie Accurate" head, and well... that's about it. But I guess the little differences like some new head that makes you think twice about this kinda shit. I was never particularly fond of the first to be released Unicron mold. I always thought that the Neo Prototype looked way more awesomer than this.
Most of the Armada molds sucked. You may disagree. But this one stood out, only on the sole fact that it's Huge as fuck and it's Unicron. It would have been great if Takara/Hasbro went back and re-designed the whole thing. I got a few mini-cons in a box somewhere and I'm in no hurry to bust 'em out, unless I'm selling them. Yeah. And perhaps it's the fact that I got Masterpiece Hot Rod and Grimlock (US Versions) for about 40-60$ each, that it really doesn't bother me to spend that much on Unicron... at least he looks a lot more badass than before. Still not the greatest mold, but an improvement nonetheless.

Some other strange things about this figure, 1) On the package he's listed as a Decepticon, which isn't entirely true. He is however, a evil motherfucker Joe!

2) Technically he's in the Generations Line (which is updated tributes to the looks of old school characters), although the packaging says 25th Anniversary Movie and his instructions have the Dark of the Moon movie logo on it.

3) Also the box lists his Level of transformation at a Level 4 advanced (which is the hardest), while the instructions list him at Level 3. Though new Levels of 0 and 4 have been recently added (older ones were just 1-3), Unicron's transformation isn't all too difficult. He's only got about twenty really simple steps. Perhaps they feel that the toy's size may bring some level of difficulty but who knows.

Glad to see you got one of them. I grabbed one too and was surprised as a startled, erm, thing, that Amazon were willing to post it out to Australia as well. Thought it was a bargain, but then we get seriously gipped on pricing here. Armada unicron cost me $140 back in the day...

I think the new head and paint add a heap to him, plus it's got the first official "Kranix" figure...Although the same as Deadend from Armada..

Old Grimlock there better get onto kicking some butt before it's too late!!