No, seriously... it's literally flowing through my bloodstream as I type this... and also, drinking is in my family history. But that's besides the point. What point you ask? Don't think I've got one this time around. But I do! And it has something to do with one of the sexiest women on the fuckin' planet, playing dress-up while doing photo shoots, for Absolut Vodka. It's been a few years and you've probably seen these in magazines, but that's no reason not to put it here to enjoy once more. 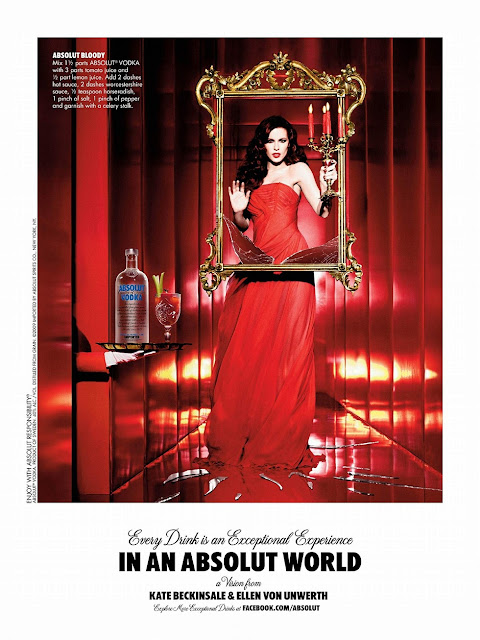 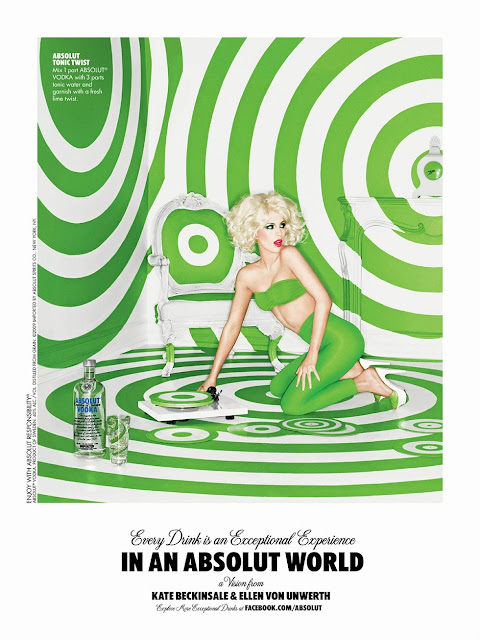 I don't know what it is, but all three of these Ads get me going. I like the first one for the Attack of the 50 Foot Woman factor, and the second because it's obviously Vampyric... but the third, the strange psychedelic one ...why do I for some reason like it the most!? The thought fascinates me. Though I'm really into spirals (I know it's not technically a spiral), the lime green spandex and blonde wig send shivers down my penis. Maybe it's the angle of Dat Ass shot. And while she's spinning records, it looks as if she's cleaning the floor. That's hot too. Some Cinderella type shit. No matter, as all three of these tap right into my braincells with a fury like a flesh-eating infection!

Email ThisBlogThis!Share to TwitterShare to FacebookShare to Pinterest
What the... Ads, Kate Beckinsale, Vodka

She's fucking gorgeous. No doubt about it!