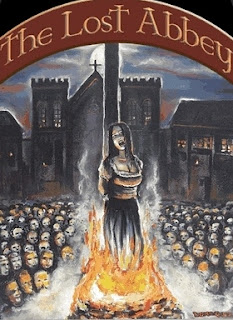 About: "Malt Beverage brewed with Honey and Spices. This beer has also been spiced with Grapefruit Zest, Orange Peel and Coriander."

Thoughts: I just had to buy this, admittedly, based solely on the artwork! This is my first brew from The Lost Abbey series. It seems as if they've recently come under fire from Goddess Groups around the country, due to their controversial artwork depicting a burning witch on the stake. Nice!

Witch's Wit poured a super light pale-yellow, almost white grape juice color with the whitest small bubbly head I've ever seen. Decent haze for being so light (I can only see the shadow of my hand) and a serious amount of carbonation bubbles rising up.

Smells fruity, and a little bit strange... are those Saaz hops? I sure think so. Getting some citrus tones, a little bit of orange zest, not really grapefruit or lemony and well... I just can't get past those hops. Clove? Every time I try to get some notes they're clouded by moldy flowers.

Taste is pretty much the same as the smell. Pity. It's still got that lingering funk about it. Despite the righteous artwork, this obviously isn't a beer that appeals to me. It's pretty sour and acidic. Watered down and just not fun at all. It's got a nice hint of wheat and straw, but I'm just not into it. On the second pour I got a lot more of that yeast and honey, basically the essence of this brew was laying at the bottom of the bottle. The taste improves well enough, but not considerably. When I read "brewed with honey and spices", I was honestly expecting a something a lot sweeter and more enjoyable than this.

It's a little thin, but very bubbly and frothy once you splash it around. I wouldn't suggest doing that though as it brings out that murky flavor and scent more.

Aftertaste is pretty grassy. Doesn't taste of burnt witch flesh at all. My mouth is totally dried out and not filled with the coagulated blood of the innocent. I'm going to have to experiment with a few more beers of this type before I can so harshly persecute Witch's Wit though. After all, it's only fair that trials be held. 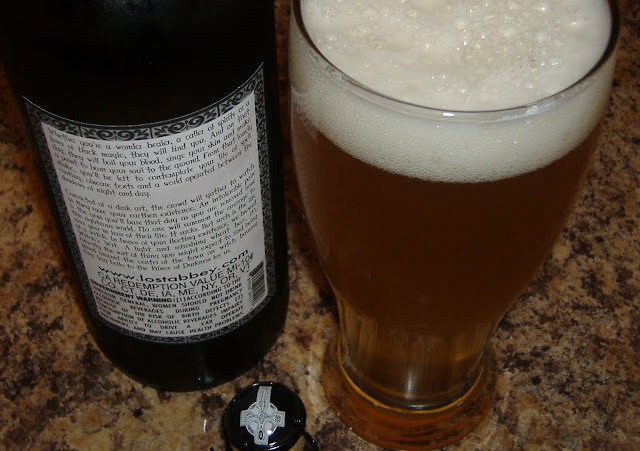 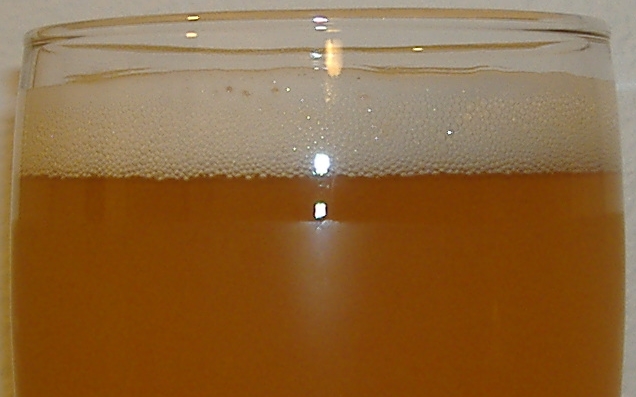 Email ThisBlogThis!Share to TwitterShare to FacebookShare to Pinterest
What the... California Beer, Lost Abbey, Witbier

Awesome label! I've been wanting to try some beers from The Lost Abbey, but haven't come across any by me. The label alone makes it a must but and that bottle is definitely a keeper.

We need to get together for a beer sometime, Erik. We seem to be trying the same stuff and totally agreeing on their tastes. Tried that one a month back and felt the exact same way.